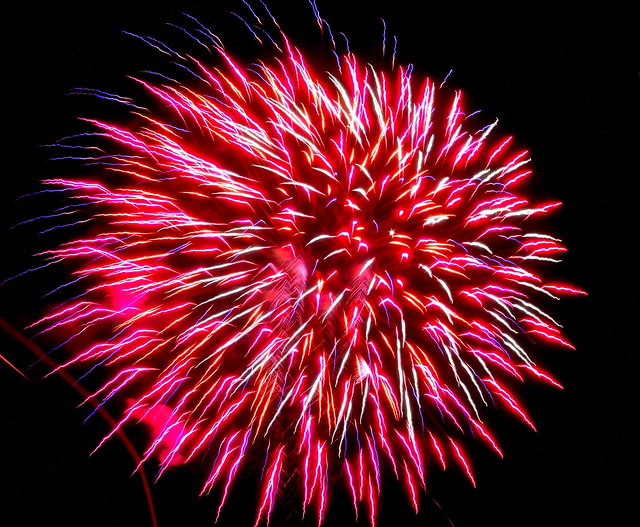 It’s Independence Day – the 4th of July, 2016, and I’ve been thinking a lot about things related to it. Here in New Smyrna Beach, the beach is full of people from all over Florida – mainly Orlando, I’d wager. I’m in a coffee shop writing this – a coffee shop open today. I had breakfast today at another place that was open – all getting the tourist traffic while they can.

The city of New Smyrna Beach is of more than 2 minds. Places on the main drag of Canal Street were closed yesterday and today because of the holiday while the town filled with people from outside of the city. On one hand, the wish for development and the want for tourist money for local businesses, on the other, the closed local businesses. Hibernating while hungry.

A table away, there’s a woman reading a paper on taxes in preparation for a conference. The irony of that is something I didn’t mention – part of our independence was about taxation without representation, and in my mind the representation we get for our taxation may as well be to King George. The gap is no longer the Atlantic Ocean, it is the bureaucracy and 3 ring circus of presidential candidates and the media whose journalistic integrity has decided to be below rather than above reproach.

I think of this even as I think of a friend messaging me today, thanking me for my service. My response was that we all do our part, and in turn thanked him for his, a matter of responding with respect to someone I do respect rather than a the shallow response I give to the shallow thanks I have heard at times. I think of those who did much more, paying the ultimate price, and my problem with thinking that our military does anything in recent memory about protecting our freedom. It seems a popular illusion, or maybe it’s something that isn’t what I think it should be.

We’re less free now than when I was growing up, less free than when I signed up with the Navy, less free than I wandered around dressed like a shrub, not quite tall enough to be a tree. Less free than when the Twin Towers were still standing. All throughout every election and the space in between the elections, I have heard fear given voice about terrorists, terrorism, and anyone that is associated with these acts.

Travel is annoying with the TSA, laws exist now so that moving from one state to another can be a nightmare simply to open a bank account or even a driver’s license changed – where the law requires it be done in 30 days of moving to a state, but it can take 90 days to meet the pre-requisites to actually change the license (something I learned in 2010 from Wisconsin). People talk quietly about whoever they consider the enemy to be and when I overhear, I can’t help but consider Cavafy’s, “Waiting for the Barbarians“.

Sometimes surrounded by those who have been well educated, I suffer many who are not well read. Independence Day, a day where we overthrew tyranny as an act of treason that we remember as breaking of shackles. Which is right? Both.

And these days, I see the tyranny of prejudice on the lips of almost everyone. Even those against one candidate who has become a lightning rod for those uncomfortable with those of pigmentation have their own prejudice that makes conversation between the two poles magnetically inconvenient for true social discourse. And those same who call others bigots have no trouble casting their own bigotry about this demographic at that, not realizing their own irony. There is no equal opportunity, there is ‘flavor of the century’. Some will say it’s getting better, but really, it depends on the flavor and how much of it is available.

The tyranny of financial markets and algorithmic trading, of toxic financial instruments. The tyranny of the homeless and despondent, be they they veterans or not; the tyranny of a bureaucracy of poor treatment of those we have put into the harm’s way when they’re supposed to be back safe and home when they aren’t safe and whole. We casually call this the V.A., but it’s larger than that and it’s a fool’s errand to fix just the VA.

There’s the tyranny of those not making a livable wage, and the derived tyrannies of the unfair comparisons between groups that all need a livable wage – including our active duty military, wandering around protecting whatever freedom we have need of in the Middle East. I’m not sure that we need that freedom, but we apparently believe we do and send our younger men and women to go protect it at the cost of parts of their lives. The tyranny of 22 veterans committing suicide every day, with one likely having taken their own life while I write this. How awful. That’s a damned tyranny.

I see the tyranny of poorly informed people voting – sure, we could talk about Brexit, but let’s instead talk about stupid things right here in the United States, where even those who accuse themselves with intelligence mistake health insurance for health care, where they’ll do anything to support a candidate – even ignore their own issues. Like rowdy supporters of a football team, it seems we’re on the precipice of getting to the level that British football fans are still trying to either live up to or down to (I’m not sure). In this presidential election so far, we’ve had blood spilled.

We’ve had blood spilled by supporters of presidential candidates. People on the left and the right feel so disconnected with government that it’s amazing what they will say and do.

A month ago, I had two Trump supporters at a burger place tell me that Trump isn’t a politician. I said, “Well, he is now, he’s running for President.” Then they claimed him a great business man, to which I brought up the bankruptcies, and their response was that he himself never went bankrupt. “Fair enough”, I said, “so if he runs the economy into the ground, we can be certain he won’t be bankrupt.” A pause, then, “Well, he’s better than the other.”

I wandered across to a coffee shop and there sat a circle of Bernie Sanders supporters having an open meeting. I listened; they were desperately unhappy that Hillary Clinton had gotten their party’s nomination but generally stopped when it came to criticizing the party. One said he would vote for Hillary just so that Trump didn’t win, the guy after said, “no way, he was voting his conscience”. When asked about what he would do if Trump won, his response had me wondering if I was inadvertently a witness to conspiracy.

Those two camps  – and there are more than two – are so busy talking about what the politicians and media want them to talk about, they’re not talking about their own issues. I heard someone who claimed that ‘Obamacare is great’ complaining about having to go to Winter Park because their insurance didn’t allow them to visit a specialist in town. They saw it as inconvenience, but not an issue. Why? Frankly, because elections are not about rationality, it would seem.

Outside of the echo chambers of social networks and cable news networks where opinion is manufactured, people are stubbing their toes on all sorts of issues that they should be talking about but only speak of that which they are told are issues. It’s the tyranny of being lost from ourselves, lost from the reality so many of us live in.

I read this article on Star Wars and the Fantasy of American Violence – perhaps too high brow for most voters out there, at least partly because of an education system that needs more sense than dollars. The ending of that article:

…There is another version of America beyond the noise our fireworks make: not military strength, but the deliberate commitment to collective self-determination. Perhaps this Fourth of July we could commemorate that. Instead of celebrating American violence, we might celebrate our Declaration of Independence and Constitution, and the ideals those documents invoke of an educated citizenry deciding its fate not through war but through civil disagreement. Instead of honoring our troops, whose chief virtues are obedience and aggressiveness, we could honor our great dissenters and conscientious objectors. And instead of blowing things up, maybe we could try building something.

It’s our choice. We make our myths. We show by our actions what our holy days mean. Forty years after the American Bicentennial, 13 years after I stood on a rooftop in Baghdad, and 10 years after getting out of the Army, I won’t be out under the fire, cheering our explosions. I won’t be watching “Star Wars” either. My America isn’t an empire or a rebellion, but an ideal; it’s not a conquest, nor a liberation, but a commitment.

I’d like a commitment for us to stop creating our own tyrannies, but I think that may be a bridge too far. The tyranny of the lack of self-determination needs to be the first thing to go, and it shouldn’t just be here in the United States but instead around the world.

But today is Independence Day, the 4th of July, so I think of America, and I think of the freedom from our self-imposed tyrannies, for their is no other group or nation powerful enough to impose tyranny on us. We’re fools to think otherwise.

And now, what’s going to happen to us without barbarians?
They were, those people, a kind of solution.