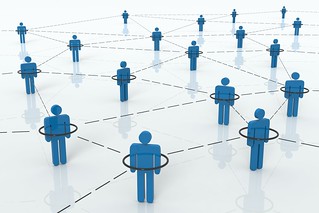 I’m displeased with social networks in general at this time, particularly after the last year of idiocy with the U.S. Presidential Election. It extends beyond that, and I will touch on that shortly.

I wrote about what I saw in June 2016 as related to politics in “Social Networks, Democracy, and Ethics” – and after the election, people are still wrapping their heads around it because they have been given their opinions from within the echo chambers of their social media accounts. It’s the allegory of the cave in that people are fed what they want to see, and it’s the hedgehog’s dilemma with a bunch of thin skinned and long-quilled hedgehogs.

Typically, I’m in the center – connected to all walks of life, around the world, of different opinions on everything. I’m in a prime location to watch people disagree, and when I try to explain the sides to each other I find myself tired. People are just going to have to figure out how to deal with each other. And, of course, everyone who reads this will think I’m writing about everyone but them when in fact the odds are almost 100% that I’m also writing about them.

The conservative that can’t allow for the free choice of others (ain’t that free will?). The liberal who pursues their ideology with the fervor of a zealot who, fortunately, isn’t armed by their very nature. The religious person who tears at science, the anti-theist who just can’t leave people be with their religion. The anti-Islamists, intent on calling all Muslims violent, and the Christian right, who has no idea just how much they have in common with the Islamists.

The Internet has allowed these people to know about each other and, rather than hash out differences, it becomes a battle of tribes that I have lost patience with.

So: Pause. When you folks figure out how not to be assholes to each other… let me know. A smoke signal or something.