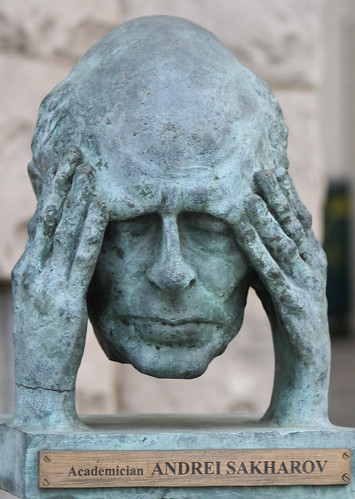 The Russians are being accused of affecting democracy in the United States. That’s the rhetoric being spat out all over social networks and social media.

Let’s go with the theory that someone actively involved in the Russian government hacked the DNC email server. A hypothesis. To say that they attacked democracy by making the DNC transparent is to put the DNC on the level of the U.S. Government, which would make the actions of the DNC itself in the election as an attack on American Democracy. After all, the only reason that the DNC wasn’t accused of that was that it is a private organization and not a governmental institution.

So which is it? Is the DNC a government institution that sabotaged one of their own candidates to allow another to win – which is, in fact, affecting the democratic process that the DNC claims to have? Or is it a private institution, a ‘club’, whose emails were made public – thus making this a ‘hack’ of a private institution, along the lines of corporate espionage made open source?

See? That’s where that should lead a discerning thinker.

Hack or leak, what has happened was a bit of transparency within a private organization that alleges to be transparent – but was in fact, without denial, picking the candidate by affecting an alleged democratic process which, in turn, impacts the American democratic process.

Russian hackers? If they were, they were of the ilk of Andrei Sakharov. But really, this looks to be more along the lines of Cavafy’s ‘Waiting for the Barbarians’:

…Why don’t our distinguished orators come forward as usual
to make their speeches, say what they have to say?

Because the barbarians are coming today
and they’re bored by rhetoric and public speaking.

Why this sudden restlessness, this confusion?
(How serious people’s faces have become.)
Why are the streets and squares emptying so rapidly,
everyone going home so lost in thought?

Because night has fallen and the barbarians have not come.
And some who have just returned from the border say
there are no barbarians any longer.

And now, what’s going to happen to us without barbarians?
They were, those people, a kind of solution.

The Russians are hardly a solution for the DNC. More of a patch.