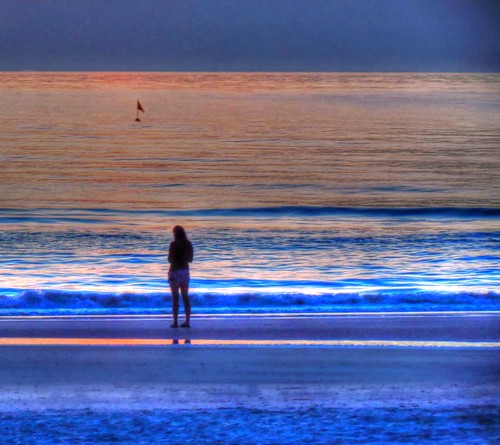 They say things. They don’t mean them as they are heard, but they scrape across a heart like fingernails on a blackboard.

That scraping sound you can feel in your bones.

They say, “One day, when you find a woman…” as if you’ve never loved a woman, or had a woman love you, or had the pure luck to have both at the same time. As if they know some secret that they will only hint at, that they cannot explain.

They act as if marriage saved them, sitting next to me telling me how a wife will keep you healthy – as if men need mothers as they grow older, as if men are incapable of taking care of themselves.

They say that you’ll never be complete, unless… or they’ll say that you’re still living your life as an explanation for how someone can live without the bindings that they live in.

And it’s all bullshit. All of it.

You can love and be loved – and you can have that more than once, misfortunes be damned. Maybe one will die in an accident. Maybe one will take her own life. Maybe one will simply grow in a different direction. All of these things and more are skipped over by those who choose the mundane life, defending it as if under attack – they feel besieged by those who can live outside of it. It is beyond them that the world could contain people who live differently, that implicitly something is wrong with someone because they are single. And sometimes they cling to their own partner even in the worst of circumstances.

Being alone doesn’t mean being incomplete. A single man or woman may have drank deeply of a partner, may have almost drowned in it and lived to tell the tale.

Single people are not broken, and while a rolling stone gathers no moss, one has to question whether moss is a goal worth achieving.