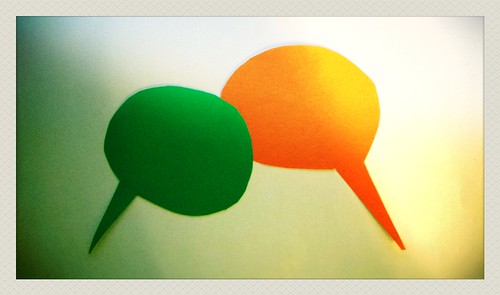 I mentioned recently that, in Trinidad and Tobago, we were having the wrong conversations. It was used only in a single context, which irked me, but media and social media are more about circulation than about solving problems these days.

Like anywhere else in the world, the conversations are cherry picked. “A woman was killed to the North-West of the Lighthouse” gets you uproar on social media, but no one East and South of the Lighthouse seems worthy of that attention. It’s just the way it is because – well, because that’s the way it is, a data point.

The conversations are largely dictated by the media, and the newspapers and television stations need to sell advertising – that they do so by reporting mostly useless conversation is just another data point. As a former member of the Media Association of Trinidad and Tobago (MATT), I came to understand that what the media reports is largely limited to what they are allowed to ask during interviews.

And who tells them what they can ask during the interview?

The people who control the conversations everyone is having, really. This is not to say that some other garbling doesn’t happen beyond that – but it starts there, and the broad topics and comparative ‘analyses’ aren’t the conversations that should be happening.

It would be nice to discuss less politics, less “my folks are aggrieved more than your folks”, and focus on the commonalities that everyone knows and understands are problems. Period. Just like everywhere else on the planet.

Try going 24 hours without mentioning or hearing a politician’s name. It’s a start.

2 thoughts on “On Having The Right Conversations: Trinidad and Tobago”