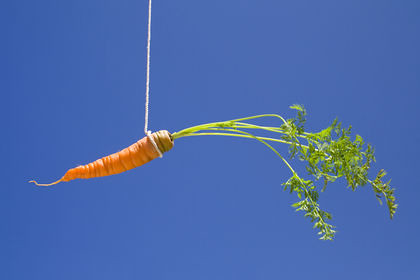 One of the phrases I hate the most in the world is the one you thought of when you read the title. Aside from ‘You can do anything you want’ being absolutely horrible career advice that is administered from childhood, it’s misleading in many other ways.

You can accuse me of being jaded and rightfully so. I am. From a young age, I was accused of being intelligent, a great communicator (there is some irony there), able to do some things with ease where I saw others struggle with under the threat of a belt as they did their work. What happened? Well, the first problem is that I didn’t work on things.

And ‘here’ isn’t exactly where I want to be. But I can’t do anything I want. I live in a world that I used to blame for being poorly designed. It is not poorly designed, it’s just a world that doesn’t allow me to – say it with me, aloud if you must – do anything I want.  At some point in life, you go out on your own. Like a sculptor, life shapes that, ‘anything you want’ into, ‘anything you want while you pay your bills’.

The sculptor chips away again it becomes, “anything you want while you pay your bills – and that you have the time for, and can afford.”

Maybe you go to college and you can’t take the courses you want because it’s hidden behind prerequisites, or worse, it’s not going to be something your financial aid would cover since it’s not attached to your major. Maybe your employer offers to pay for your courses but decides not to when you come back with great grades in oceanography but they thought, implicitly, you were going to study what they are already paying you to do.

Yeah, been there, done that.

Maybe the economy is crap and you end up doing jobs you hate to make ends meet. Maybe you watch idiocy around you that you cannot stop because you are shiny and new, or worse, you’re pigeonholed into doing something you hate because you happened to do it better than anyone else.

Yeah, been there, done that.

No, you can’t do anything you want. It’s silly to think that you could, and it’s irresponsible to tell people that they can do anything that they want. Disappointments pile up like landfill until people figure it out.

No, you can’t do anything you want.

You can’t do anything you want – but you can do the best you can under your circumstances, and you can prepare for doing the things that you want. Maybe you’ll get lucky and it will happen. Maybe not.

Just be the best you can be and prepare.