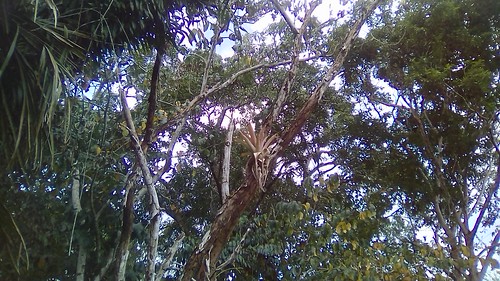 I hadn’t seen him since 2010, this gentleman who had turned 72 yesterday, but in a few short years as I took control of my land he had been a staple visit on my rounds. And since I landed on the land again today, and because I was in no hurry, I visited and spent the morning with him.

He went on to talk about people who wanted to see me, and I walked up to him slowly, waving my hand. “Let’s not talk about that.”

“None of that is important. I was sorry to hear about Mama.”

He stopped. His wife. He looked at me, and we embraced as old friends, “It was her time and she had to go.” We talked about life, about what had transpired in our lives since last I had visited him all those years ago. I was not here with him, in the present, to talk about things about my land or the surrounding areas, or whatever the latest drama was in the village. We would get to that. We had both felt loss, we had seen people come and go in our lives, and we had seen the world change in our own ways.

We now studied each other to see how the other had changed, and to take our new measures. It is the way of men. We saw that the world had not changed us but had changed how we saw it in some ways – cracks of meaning here and there we found in our own realities.

We had coffee – him making it, insisting on adding honey – he used to keep bees, and he had given them away to someone who now gave him honey at a reasonable price. His daughters had returned – one was selling punches, the other doing other work. He had maintained the business of his life, staying active, and we discussed the plunder by OAS, the plunders of OAS and the blunders of OAS.

We talked about common relationships, the people in between. How this one never heeded advice, how that one never returned, and we filled in blanks for each other. Hours passed as two old friends chatted. We spoke of the dead and how they had fought for things that they did not take with them, and we spoke of those fighting now for things that ultimately do not matter.

Then, he decided we should look for Tonka beans, and so he had me drive his old tractor with him coaching. I’d not driven one before, but it was a manual transmission and once I found the clutch, accelerator and brake, it was a simple matter. He knew the path, and we went to the very edge of his land to find the tonka tree. We kicked around, finding no seeds, but enjoying being outdoors. Outside. We were like two children with grey hair until adulthood set in. We went about finding his boundary picket – something people sometimes pull out, something that benefits a neighbor who wants a road there, but something not easily proven.

We look at each other knowingly. There is always someone testing a boundary, seeing if you lack vigilance enough for them to take something. It’s the way of the world, be it with land, or money, or anything of perceived value.

I drove us back down, now more comfortable with the tractor, kicking it into 4th gear as we navigated the wayward materials left from the highway. I parked the tractor almost as we found it, and he went inside – bringing some fried roti, and curried baigan with aloo. We sat and ate as if no time had passed away from each other, as if nothing had happened.

Some would call it a wasted morning. We were two men who wanted nothing from each other, and a lot of people see no value in such relationships.

And yet, those are the best relationships, built not on need or want but on common respect.