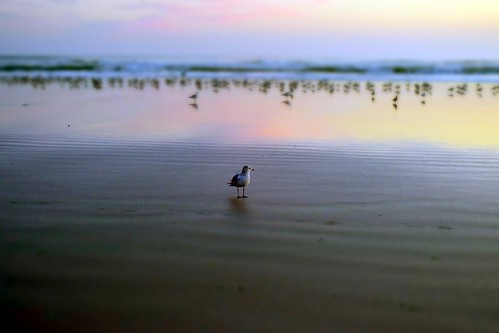 Amid the seeming confusion of our mysterious world, individuals are so nicely adjusted to a system, and systems to one another and to a whole, that, by stepping aside for a moment, a man exposes himself to the fearful risk of losing his place forever.

There is truth in that, and for those of us who have been uprooted from places place and dropped in others, the comfort of having a place and belonging didn’t go where we did. It got left behind, losing it’s place forever as well.

I caught myself thinking about that today, throughout the day. I have something I’m writing for another site that, when I paused to think about it, I realized that by saying some things about what others have done, I would be putting them on the defensive without intending to. So I’ve been trying to reconcile that in my mind, to find a way to get them past that hurdle in what I will be writing, an annoying by-product of knowing the audience.

In doing that, I ended up thinking about why I look at the data that has been collected so differently and see things that, apparently, the great cogs of an ‘academic bureaucracy meets government bureaucracy’  do not see in their love child, ‘dysfunctional data’. Truth be told, the data was collected for a purpose, but without a plan for the future.

And so, here I’ll be, the outsider – a role I know well – explaining why the work done over a 10 year period sucks. Of course, I’ll need to couch it better, but the reality is that with a little more planning and thought, it wouldn’t.

But as I thought about all of this, I knew it was deeper, and it’s something that as an individual who has dealt with it my whole life and I’m comfortable with, it’s something I’ve constantly had to wrestle with when communicating just so that people don’t stop reading, or listening. It’s amazingly easy to come across as a jerk, even unintentionally.

Granted, there are times when being a jerk has benefits and is a wonderful thing to be – really – it’s more of a sledgehammer in the toolbox of a communicator, and if it’s a default tool, people won’t listen – which defeats the reason for communicating.

So you get back to the basics and you muddle along writing for a deadline you announced to someone so that you would actually do it in time. And that’s that.

But even as I made my rounds on my land today, reconnecting with people, I knew that given different circumstances, I could have been any one of these people just as given different circumstances and opportunities I could be so well entrenched in academia I’d have the same thoughts as everyone else there. Or so well entrenched in other things that I would have the relatively mundane thoughts on things that they do – something I touched on in The Gentle Art of Self Deception.

I didn’t have those circumstances or opportunities. Later, I would make decisions so that I could retain that. I am an individual, but not like in the video, and that has value.

Being an individual is dangerous, because it’s easy to think you’re right and everyone else is wrong. It’s dangerous because it’s easy to go off of metaphorical cliffs that the crowd doesn’t, and yet it has it’s own value as well in that if the crowd is heading for the metaphorical cliff, you can shout at them from the side and get absolutely no satisfaction if people don’t listen to you.

I suppose it would be easier to just fall into the crowd and lose one’s self, if only I could do that. If only I could have done that. There was a time in my life when I wanted that, but it was not to be.

And further, how could the status quo be properly challenged from within it?

Losing one’s place forever, as Hawthorne wrote, can be initially frightful – I don’t remember if I was frightened, to be honest – but it is most certainly not the end of the individual.

It’s the beginning of a dance with crowds, of the art of appearing to belong while not actually belonging, of being the chameleon, and figuring out how to use it in a way that adds value.