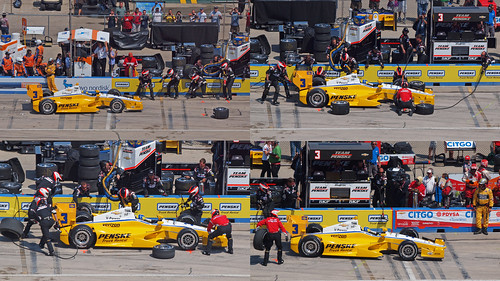 I found myself waiting again. It’s as popular pastime in Trinidad and Tobago as liming, though it is not as fun for anyone. It’s an odd thing in that you would think that since people typically don’t like waiting, they might assure that others don’t have to. It’s an empathy dissonance I can’t comprehend, but it seems a cultural fact for the layman anthropologist.

As it happened, I had the good sene to bring a book – Beneath The Wheel by Hermann Hesse, a book which was simply laying on top as I walked by. As I waited for my pickup to be worked on, I finished a few chapters, observing as I did. People don’t notice the readers that much, so you get to observe people in their natural habitat.

I’d come in so that the pickup could get new parts installed – upper ball joints and the upper cradle arm bushings. This sort of job should take about 2 hours, but I was already an hour and 3 odd chapters into the book before they got to me.

The shop is understaffed, this I knew coming in. It was quite possible that it would take longer than I expected, but not too much longer I thought. I played with the ideas of why the shop was truly understaffed, since I had been offered many opinions by people who worked there and who had known me over the years, when I brought the old B2500 there. It was puzzling in it’s own way. The boss was upstairs, and I have no doubt he was watching things through the monitors that his questionably mounted cameras were mounted to.

An examination of the cameras showed that the cameras weren’t really for security but monitoring the employees and what was being done – or not. An elderly woman showed up with a car that seemed to qualify more as a glorified go-kart to me, but she was happy with it and only wanted them to redo her rear brakes. We struck up a conversation. She had taught at Naparima Girls High School for about 40 years. She noticed I was reading Hesse.

We talked about all manner of things, but toward the end of her 3 hour stay, we talked about the inefficiencies of the shop. That despite there being 3 people on the floor, they were busy hopping from one job to another and largely being ineffective on the cars throughout the garage. Strangely, a young woman came for a job application, and the woman in the office came out to confide that she thought she shouldn’t be hired because of poor communication skills. Meanwhile, the teacher, confined to watching inefficiency for 3 hours, grew restless. At one point there were 3 people chatting away around her car.

I found myself growing vicariously upset about that. If it were just me, I might have simply read my book, but she did not have one and regretted not bringing one. She eventually was granted a late pardon by the mechanics, who were really a salesperson, a driver, and the overburdened mechanic.

My pickup hung on two jacks, the upper cradle arms removed. Her 3 hours had also been my 3 hours, and more vehicles were pulling in. One came in with the alternator pulley destroyed- an  interesting thing – and they would have to send out to get that fixed for lack of the right spline tool. Others were there for tires, an oil change… I read the rest of my book, got lunch nearby, and sat and thought for a while as I watched the inefficiencies piling to a courageously absurd level.

And my patience was going at the 5th hour, seeing other vehicles come and go as my pickup sat there. I motioned to the woman giving everyone directions, a proxy for the boss observing through cameras upstairs, and I gave the universal signal for, “What’s going on with my vehicle?”

She motioned for me to wait. I gave her ‘the look’. It’s become effective over the years, and by her eyes she got the point – but now, at 1 p.m, it was lunch time and I would not be That Guy ™. So I wrote a while. Lunch finished soon enough, and the mechanic – finally permitted to get back to my vehicle – told me that their press couldn’t handle my cradle arm bushings another hour later.

I know a thing or two about presses, so I went in and looked at it as well – probably to the chagrin of the All Seeing Eye of Mordor upstairs. The press could do it, I was certain, but the press lacked the right attachments. And I started in on the woman who, poor lady, was the lightning rod for Sauron upstairs. Shed’d been doing this job for years; I’ve known her for those years and she and I never had come to this, but I made my points on how the floor was run in a way that was calm, sensible, and unable to be argued.

She took the company line, as she should – Sauron pays them, and when things are going well, he comes downstairs and makes his presence felt for seemingly no real reason, as his people simply make sure that they look busy – as they had all morning today. Being busy and being productive are two different things.

And this is why I bothered writing all of this: No single person on that floor was a bad employee. All of them were unhappy about how things went today, and I imagine on other days, and they had to bear the brunt of it – but they are not in charge. They are being told what to do. And that’s the main problem I see when people complain about service in Trinidad and Tobago.

Certainly, this country was not built on great customer service at the retail level. Tourism is ever an afterthought because oil has been supreme for about 50 years, and the money flowed like – well, like the oil did. And I often hear business owners complain about employees, though almost few of these business owners have actually been employees for a significant period.

In Trinidad and Tobago, poor customer service is often blamed on the employee. An employee is not necessarily without sin, that is not my point.

My point is that proper management assures proper customer service.