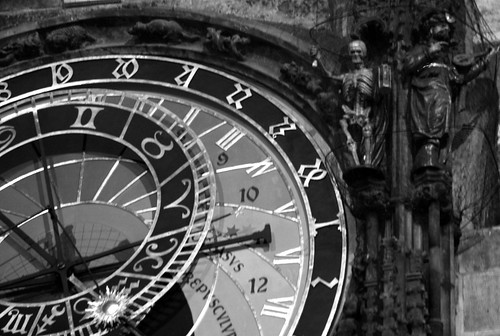 We are all beneath the wheel, the crush of time, the prolapse of our minds and souls as things change around us.

The teenager man-boy, a quotient of a fractured home, tries to find his way to manhood in an alien environment where someone who cared enough gave him a roof with conditions, walls with rules, and a freedom to be responsible where before he had none.

He works in the yard under the mock disdain of an elderly gentleman who did not invite the project, but who in his own way wants the best for the young man, suffering the indifference of the teenager to his words.

I am a visitor in this realm, as with most other realms, and I’m supposed to have some purpose here – which, of course, is to find my purpose there, as it is anywhere.

Time is not on the side of anyone.

The elderly man, who we’ll call grandfather, thinks of his downhill slope to the grave. It sits behind his eyes as he looks over the world in front of him – as if it were a story he has seen before, worn, lucid, tired.

The boy – let’s call him the nephew – does not understand that when I look at him, I think of this quotation and ponder:

When a tree is polled, it will sprout new shoots nearer it’s roots. A soul that is ruined in the bud will frequently return to the springtime of it’s beginnings and it’s promise-filled childhood, as though it could discover new hopes and retie the broken threads of life. The shoots grow rapidly and eagerly, but it is only a sham life that will never be a genuine tree. – Hermann Hesse, Beneath The Wheel

He is young and yet he has catching up to do, having missed the starting gun that society fires too often too early for the children it creates.

He is a child in puberty, not yet a young man in mind or spirit. His childhood has not been misplaced, it has been stunted and his misfortune is that given his abilities, he must cast away the slivers of childhood he was left with all the while reshaping into a man before his time. While society creates the children like him, it does not tolerate adults like him.

He feels the crush of the pressure and, being stubborn, pushes back or not at all. He is like a plant that atrophies at the sunlight it needs.

And then there I am, an observer and not – an Uncle of sorts, new to his world, young to the older man, trying to have a positive effect all the while considering, thinking about how difficult he was at that age, and how everything that was tried on me didn’t work – and through my own muddlings, I found my answers that became questions of answers, to questions of those, to stand there and not have answers and simply more questions. I see the time short for both, the grandfather and the nephew, and in the reflections of their clocks I see a parallax of my own.

I have no great wisdom to cross the voids, only the knowledge to avoid the cliched mistakes. For self-preservation, I wear the visage of the observer and say things that I hope might make it through in time for the nephew, for he has little time before he too is beneath the crush of the wheel that will only bend him if he learns, but will break him if he does not.

The crush of the world as time ticks onward, and it does not care if you slouch or stand straight. It has no care for what bends or breaks, no empathy, no sympathy. It is the machine, the product of millenia of human generations, an antique as easily found in the basement of humanity as on a museum walls of academia and governance.