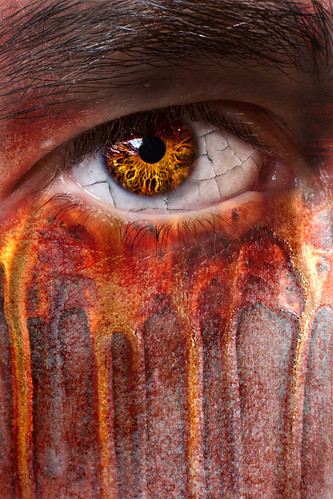 He was, first and last, the born fighter, to whom the consciousness of being matched against a great adversary suffices and who can dispense with success. Life for him was an adventure, perilous indeed, but men are not made for safe havens. The fullness of life is in the hazards of life. And, at the worst, there is that in us which can turn defeat into victory.

In an age where there has been a resurgence of comic book superheroes, in an age where more people spend time around others staring at flat screens, it seems the heroes that get up every day and face the crushing wheel of life aren’t worth noticing. I see them every day. Social media buzz and clickbait headlines don’t talk about them. You won’t see them on television because they didn’t leak some bodily fluid that day. Maybe you’re one. Maybe I’m one. I’m pretty sure you see at least one every day.

A camera can’t do them justice. A snapshot hardly preserves the continuum that defines them. It can only show the scars and the wrinkles and sometimes even a particular look at a particular moment, a moment alone – more powerful than a billion selfies.

We live in a world of amazing heroes that we ignore every day, who throw themselves against the sandpaper of life, sculpting themselves into sometimes the most tortured apparitions for Reasons. Maybe they’re doing something that they hate so that the world they live in – not necessarily yours, visitor – will be a better place.

Maybe they grind at the job that kills them every day. Maybe they fight a system in the hope that the next generation will have it better. Or maybe they simply exist in a world that they feel displaced from.

But they are dressed – most, anyway – and they do not even look at you as you glance at them. They are busy being heroes in their own little worlds, without titles and media coverage.