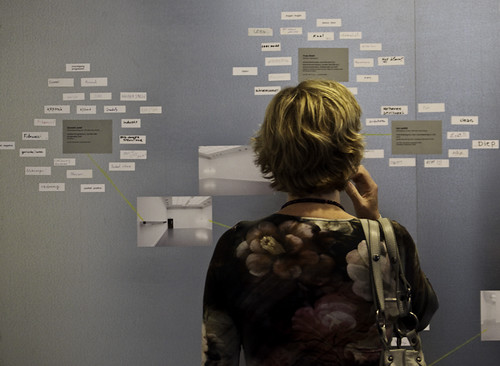 Certain things irk me. One of these things which has become more rampant and divisive is the use of certain phrases that, if anyone actually read and understood Pedagogy of the Oppressed, they wouldn’t use.

There is power in words and this power can guide a conversation or end it – and these days, it’s apparent conversations are ending, be it with Brexit or the exuberant hatred of people who elected Donald Trump to the Presidency of the United States.

In essence, people are going to get angry with me. Vexed. Aggravated.

Everyone talks about equality, but we all want to be better than others. How can I, on one hand, want people to be treated the same as myself without being willing to be treated as poorly as they are? How can I say that men and women are both equals? That is, at it’s core, odd – not because of the idea people are trying to convey, but because the appropriate word is ‘equitability‘, a word so foreign that my spell-checker need it added:

characterized by equity or fairness; just and right; fair; reasonable:
equitable treatment of all citizens.

We want people to be treated fairly. Treating people equally would mean treating them the same, which is silly. Just taking gender as an example, treating men and women the same when one does not become pregnant and another does leads to all sorts of silliness. But we could treat women with equitability. And then we can realize that what women and their allies are actually negotiating for is to be treated fairly. What’s really being negotiated is what fairly is.

This drives me nuts as a multicultural. There are, scientifically, no races. There is absolutely no genetic evidence of ‘race’. This is a social construct, and when we discuss ‘race relations’, we’re having an argument that someone else dictated, by the rules someone else dictated, for their own reasons. And that ‘discussion’ is going exactly as designed, powered by people who are too interested in fighting and not interested in the objective: Equitability. Cue Morgan Freeman:

Patriarchy is easy enough, and may be seen as an apt descriptor only when discussing gender and sexual rights, and in doing so it is mislabeled more often than not because minority males suffer as well. There can be argument about whether, as an example, a white woman is treated better than a black man, etc. So is it really patriarchal culture, or is it an antiquated culture? Women had and continue to have power in what are called patriarchal systems and cultures. Is it equitable to nail this down all on every man that draws breath? Of course it isn’t. It would be like accusing all Muslims of being terrorists (and by proxy all brown people who aren’t Westernized), all black people of being thugs, all Mexicans of being lazy… the list goes on. This ‘fight fire with fire’ mentality is creating more problems than it is solving.

Ladies, being treated equitably (see above) is only… right. And I won’t disrespect those feminists who truly want equitability, but the man-hating folks in that camp are a bit much for me, and some of the labels tossed around are offensive to me as a man. I shouldn’t have to defend myself when a woman gets raped by another man. We get back to accusing all Muslims of being terrorists.

We could get rid of this if we were all interested in equitability.

And I’ll let you in on one of the most open secrets about me. I’m not a feminist. I don’t think highly of men who call themselves feminists either, because I see that as losing their own identity to serve the purpose of another – which is… the core problem of what men have done and continue to do to women around the world, isn’t it?

So, again, it’s about equitability.

If we were truly interested in fairness, we probably would think a little more before using words and phrases because they’re trendy. Some of these words may even have been necessary at some point to create the awareness, but it’s time to shift to proper word usage. Doing that may actually create more equitability.

I’d like that. I’d like everyone to have equitability. I consider it a human right. But you can’t have your equitability by destroying someone else’s. The words we use create emotional footprints, they create responses, and if you want change – if you truly want change… be equitable.