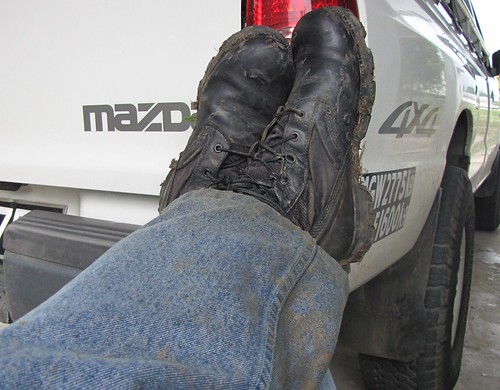 I am here to build a home.

When people spoke about home, I often wondered what they meant. I even wrote a little about my thoughts on it in, “You Can Never Go Home.”

And I’m in the process of building a home – from, quite literally, the ground up, sometimes just moving stones.

A place for me to be in a very Erich Fromm sense. It’s not about having, it’s about being.

Since childhood, I’ve wandered. It was compulsory as a child – I had no real say in the matter, though I joke that I did if you corner me into that story. I was born there, moved to another there, then have lived at other there’s ever since. I think it’s been about 20 countries, 2 of which I’m actually a citizen of, and one of which has 50 states that I have been to 49 of. Sorry, Washington.

I look around, and I see I do not belong anywhere and I belong everywhere – but there is something about a home I have grown to know. A home is where you can be yourself, unconditionally (to the extent that you don’t attract the attention of law enforcement or armed services). You don’t have to live within someone else’s framework, there is no sense that you have to keep your bags packed, etc.

A house that was allegedly supposed to be mine was never transferred to my father and rots empty with a tree behind it, being caretaken by someone who sees it as the burden it is to him as it’s ownership is best described as bardo: in between states. But truly, it was never mine.

Another house was sold some time ago after water pipes froze and exploded – along with the marriage of my parents – but I was no longer living there.

Other places in my life include apartments, barracks with itchy standard issue blankets, and hotels. Sleeping was done in cots, sleeping bags, hammocks, couches and futons – there’s a crib or two in there somewhere, but that hardly matters.

So now I’m building a home on land I own. That’s mine. And admittedly, I’m pretty single-minded about going about it – but going about it is more complex than simply laying a foundation of concrete and adding bricks. It’s about getting a government to pay me what it owes, about making neighbors of tenants, and about people who just like me are trying to accomplish something – whatever that something may be, be it not going to jail for maintenance (child support), to making sure children and grandchildren get what they can use, to plain greed. Oh, the stories I could write – and perhaps might – but that’s beside the point.

Today, I moved stones to the driveway I’m building, by hand, as I watched concrete poured out of a machine at a house nearby. Someone mentioned it to me.

“Don’t you own that land over there too where the concrete is being poured?”
“Yes, they’re buying it. Waiting for money to come in.”
“And you’re taking stones in your pickup to do that?”
“Yes, I am.”
“You real stupid, boy.”
“Thanks.”

The idea about the two things being related is passing. It strikes me as funny when some people think I should be angry. I have my own things to do. I’m not worried about what others do – I see what they’re doing, but that doesn’t change what I have to do to build my home. When I’m done, I get to say that I did what I did, and I know how I did it. If I lived my life worrying about what others did, I would be very angry and would accomplish less. I’m working toward something. And I know how things work; it’s likely that they had an opportunity that they took – just as I do, just as everyone else does.

To write about all of that would be to condemn a system that probably should be condemned in the world of idealists and people of uncompromising principle that the world eventually breaks or disdains unless they deal in fiction that causes these myths to persist. The world is imperfect. Everywhere I have been, the world is imperfect, and to some extent that is what makes the world so interesting.

And here I am, building a home. Since the government agencies are denying responsibility for just about everything so far, water and electricity aren’t yet on the board – and if they are, my finances aren’t (which takes us back to the government). Rather than do nothing, I do what I can. I clear bush by hand, even weaponized chlorophyll. I move stones. I plant trees that I get, I plant crops that I can, I get fields plowed when the ground is right, and I move forward – ratcheting. Because…

A home where I do not have to worry about a lease being up, or someone with their name on the deed putting me out (family’s a great thing to have, let me tell you), or some other nonsense. Living in places as cluttered as the minds of others, screaming to be ordered but outside of my sphere to influence. Being unable to cook a hot meal sometimes, or having to sacrifice one thing or the other. Having to wait for someone to do things. Having actual privacy, not what is given. Not sharing a bathroom or toilet. Being able to write without having to leave where I’m staying because there’s no space to think, or even sit and read.

People have been telling me for decades to settle down with their words – they’re all dead now, oddly enough – but they hampered my efforts to do just that through their actions.

So what I am doing now – from managing land, to trying to encourage the government to pay me, to making sure that people within my sphere of influence can do the same – is all toward building that home.