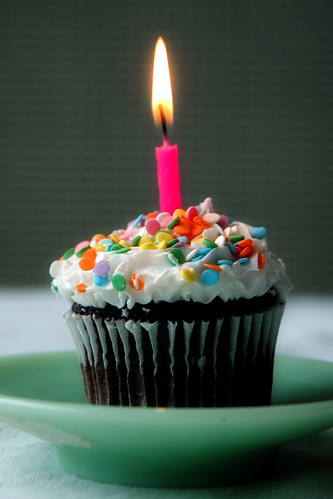 At one point, I thought that social media was worthwhile in that I could tell people, “Happy Birthday” at the appropriate time, which I had been unable to do before because I simply don’t remember people’s birthdays – something that some see as a personality flaw. They made me think it was a personality flaw by badgering me about it – particularly the women in my life who, oddly enough, always hated getting older.

You’d think that women would therefore not want to celebrate birthdays, but that is largely not true in my personal dalliances with the female of the species. We’ll get back to that.

So here I was, thinking all these social media services actually were doing me a favor, covering a personality flaw – largely so people wouldn’t think I don’t have this personality flaw, that I cared enough to stick calendar dates in a rolodex in my head for people I care about. And it became easier and easier – to the point where Facebook offers me to post on someone’s page something witty like, “Happy Birthday”, or something wittier that I might come up with in the time it takes me to read and react. I think I’ve written some atrocious things that way, but everyone seems happy enough.

This all came to a head today because LinkedIn offers me to ‘like’ someone’s birthday. How cheap is that? All I have to do is click ‘Like’, and presto magico, I have conveyed that I care that you were born a certain amount of years ago.

So here’s the truth. While I am no longer someone who subscribes to religion, I had the misfortune of being born into a Jehovah’s Witness sort of background – I had no choice. And while not having that choice, we didn’t celebrate birthdays. Why? Well, as I recall the rhetoric, “Jesus Christ didn’t celebrate his birthdays!”. Thus the same rhetoric for Christmas.

I’m not sure that celebrating them should be a sin in any religion, really, but hey, whatever makes you happy… I’m also not into a few other things being a sin, either. But let’s pretend for a moment that Jesus didn’t celebrate birthdays, even if it’s not true and there were omissions in the Bible (there weren’t potty breaks either, as I recall, so pooping could be a sin.) This leads us down a path where a calendar was set up BECAUSE the big J.C. was born, and a count was begun known as A.D. – anything beforehand, B.C. But that’s not accurate either if J.C. were born on Dec 25th, because then that would be the end and beginning of the year… and… that’s open to dispute too.

In other words, the reasoning behind not celebrating birthdays that I was presented with simply doesn’t make sense. Of course, they celebrate the death of Christ as well, as well as his resurrection. Absolutely nothing about his visit from the Tooth Fairy, or about a bunny hanging out, or elves… so let’s not go there because we may end up in a Mordor trying to get a ring into a volcano.

I eventually did have birthday parties, when people got together and acted like I was special one day out of the year. Just one. And I thought they sucked – not because people showed that they cared on that day, but because of the surrounding 364.25 days where I wasn’t.

And now, here I am, in my 40s, and I don’t care about my birthday. Sometimes I’m not even sure how old I am and have to do math – fortunately, we count 13th birthdays unlike how we count 13th floors in buildings, so the math isn’t tricky at all – and at a moment’s notice, I can figure out how old I am.

And I don’t care about how old anyone around me really is either. It’s not like it tells you how long you have to live – it doesn’t – but like Bayesian probability, it lets you know that the more years you live the more likely you are to die within the coming year. Think on that a moment.

So what are birthdays really about? About making people feel special, like you care. Like they matter to you on a deep level. How wonky is that? And this is why I think women seem so agreeable to birthdays despite the landmark of growing older.

So, no. I’ve stopped clicking ‘Like’, and I’ve stopped posting atrocious things when forced to treat people like real human beings on what are allegedly joyous occasions.

If I like you, I at least try to be nice to you throughout the year.

And that’s that. So, I won’t apologize for not liking your birthday, or posting something on your Facebook wall, or tweeting something, or sending you nude pictures of me, or dressing in a clown costume, or whatever else, on your birthday.

Truth be told, you won’t even see me at your funeral.

Even if I show up.

One thought on “Birthday Media”