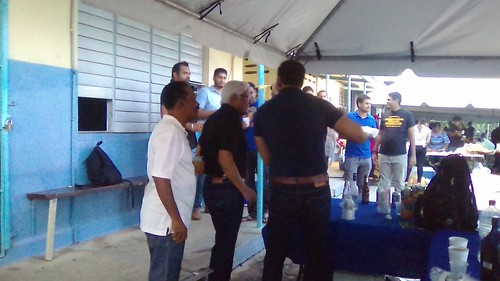 Last weekend I spent some time at the reunion of my alma mater, Presentation College. It was odd measuring myself against the school again after all these years – there have been 29 of them so far. I met old classmates and new ones. There was a sense of brotherhood.

Alma Mater. Many people use the phrase without knowing it’s root Latin meaning – Nourishing (Alma) Mother (Mater). The Mother aspect comes from the Roman Goddeses Ceres (agriculture) and Cybele (‘Great Mother’), the latter having a history that can easily eat the time of an interested reader.

Nourishing. When we look at plants, we know that there is more than one nourishment – there are different types of nourishment and if we keep it simple, we have water, earth and sunlight.

The Monday, on invitation, I went to the school during regular class-times. I interacted with staff, mainly, and watched how the interiors of buildings had changed – how the people had changed… and how much stayed the same.

A friend of mine from my year was collecting some data for a thesis, and students were voluntarily filling out surveys. As I walked in, my first shock.

Young students in uniform, without knowing me, made eye contact with me and said, “Good morning, Sir.”

I blinked. ‘Sir’. Not ‘sir’. You can tell the difference between the two; the capitalized ‘Sir’ conveys sincere respect, the lower case conveys the casual respect. Suddenly, I was an alien in my old school, someone automatically given that respect by simply being present, having made it past the guards and the staff. And we former non-commissioned officers balk at either use, returning, “Do not call me ‘sir’, I work for a living.”.

These young students had served me notice. They had their end to live up to that they would uphold, and I had my end that I must uphold. “Good morning, Sir” had ushered me into a calm and pensive silence. I looked over the young men differently, wearing the uniform that I once wore.

The hairstyles had changed. Little more. I thought about the young man I once was and I looked around for him, not seeing him in one young man – that would be too easy – but aspects of myself spread across many of them. It has been a while since I taught.

There were the side conversations, done quietly. Some of the young men busied themselves with French textbooks, others quietly passed notes back and forth (yes, I saw it), some told each other jokes at the back and some were in their own little worlds, daydreaming.

I helped a little with the survey set up on the machines. Nothing noteworthy. I’m curious what my friend will find, and when I told him so he gave a half laugh and said, “Me too.”

We broke for lunch. I went to the new cafeteria. They have rotis, burgers… I had a chicken burger. And we went to the old Dean’s office area that had been reinvented.

My relationship with Staff and Deans in my day had been less comfortable. I’d found out years later that I had almost been expelled at one point – perhaps more. I wasn’t a very nice young man, a simmering rage I couldn’t understand always below the surface, a bored intellect I couldn’t understand constantly being told to stay on the rails of the education system. With creativity, those two were dangerous things.

Despite my weed-like appearance, it was decided to nourish me instead of weed me – something I am grateful about in no small way.

The Deans had these fidget spinners that they were collecting. I’d never seen one before. Honestly, having now seen a collection and live demonstration, I don’t see the appeal.

The Vice Principal who suffered me as a French student – an abysmal one at that – looked no different to me but frowned significantly less at me. In fact, I don’t think she frowned. She did smile, something she didn’t do very often around me when I bore the school uniform. We all spoke about things that I would not have thought, 29 years before, I would ever discuss in that area of the school – analysis of data, the challenges of the infrastructure, etc.

How peculiar after all these years to find that the alma mater still nourishes, and can help make sense out of the nonsense of life indirectly. The casual conversations break the old chains and ways of thinking, even as back then they did as well. To me, that is the true mark of education – when 29 years later, I can walk into my old school and still learn things of value.

This goes back to the German concepts of Lehrfreheit and Lernefreheit – of Academic Freedom. This is a part of the Presentation College that I remember, where the Principal or someone else would talk about present events and give we young men food for thought – nourishment – even as we pressed along the road-map of formal education.

Nourishment matters. We forget that too often, filling our lives with things that aren’t nourishing and even rob us of our health – be it the fast food, or the fast ‘facts’ circulating on social networks. It is possible to starve when overweight, our bodies seeking the nutrients we need in the gluttony of what we want. Yet in this case, nourishment is a communal effort, and to be nourished, you have to nourish.

Nourish, be nourished. It matters.

One thought on “Alma Matters.”