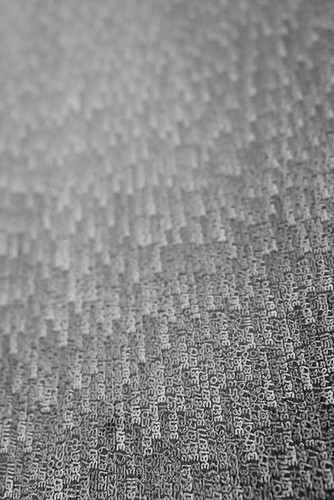 The rains have come.

In the tropical island calendar, the rains mark ‘Wet Season’ – a time of traffic, accidents and water-filled potholes ranging in size and depth up to Olympic size swimming pool. A time of umbrellas, of inconveniently wet feet, and of replacing windshield wipers.

It was not always so. In Trinidad and Tobago, corporate attire so many attempt to use to forget the agrarian roots is something I often view as a pretentious veil. I did not grow up in an agricultural environment, despite my roots, despite the roots of anyone of East Indian or African descent in this country. I grew up in the “fix things” sector where weather meant either you worked dry or wet – but you worked.

The planet is 71% water. If you’re afraid of getting wet, it’s safe to assume you’re on the wrong planet.

Now, though, the rains mark the end of one part of my agricultural project and the beginning of another. There’s little in project management literature that talks about, “when it begins to rain”, but there should be.

It has been a race. Clearing bush,  getting land brush-cut and plowed, clearing as much of the hill as I could and making my space on my land. Having the pond dug, then dealing with a suicidal hog plum tree. Getting the hill graded and moving stones. Finding things to plant from wherever I could find them and planting them.

The rain is soaking in. There will be some more things planted when the sun dries the top layers a bit. It makes no sense wandering through the field with five pounds of mud on each boot while sliding down the hill. I do not enjoy doing laundry that much.

Now comes the maintenance – keeping the crops in good health. Cutting grass. Spraying when absolutely necessary. The molding of trees, trees that I am happy to say I have planted more of than I have cut down. Before the land fasted, now the land is to be nourished so as to grow things.

Cassava. Eddoes. Corn. Peas. Sweet potato. And the longer term trees – where I plant at least one for each tree I have taken down, the stumps a memorial to that. Each tree I plant, I remove a stump, and so I keep track.

No one says I have to. I simply know I should.

Meanwhile, I visit places where people drive cars that they can barely afford, attempting to convince each other and themselves on how well they are doing, how successful they are. The latest fashions parade like price tags, the smiles gleam too white – unnaturally white – and all the while, they see the rain as a problem. An inconvenience.

It also means things that have not been maintained may flood. It means that the plastic bottles that Trinidad and Tobago so loves in drains present a problem, and while work has been done to clear them, it’s a matter of finding out the hard way. Unfortunately, flooded fields mean less to people than flooded parts of Port of Spain, where the imported goods sector will weep because of lack of foot traffic, etc. People forget where the food comes from.

The food comes partly from the rain – not the plastic bottles woven into the drains, discarded by humans who then complain about the effects of their presence. The food sustains the society.

Our agrarian ancestors understood those things. They kept drains clear. They did not throw things on the ground that would end up in drains. They had the cultural capital to understand poor habits in society can create great obstacles. They knew about these things.

Somewhere, that cultural capital seems to have divested itself. To progress? It would seem not.

That capital still exists, but it is being sold for a chance to act like an inconvenienced overseer on a plantation of plastics. Look at how many have jumped at this opportunity.