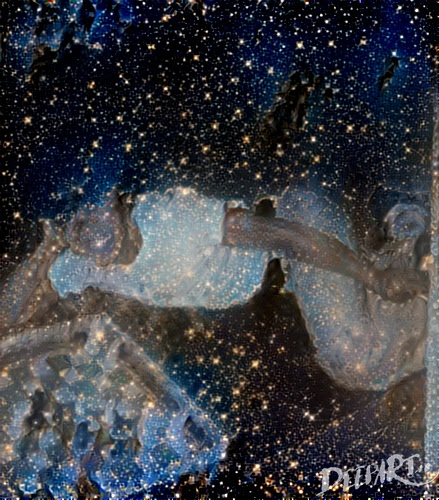 She called me as I passed, from where my grandparents once sat. I know the voice; our last parting in 2011 was not pleasant and I wasn’t sure I wanted to deal with this again.

A deep breath and a sigh. She is, after all, one of 3 people older than I am in my grandparent’s family tree. She and her sister the last of my father’s 7 siblings. She is, after all, someone who had as good of intentions as anyone else, and having poked a few bears in my time myself, I could respect that she’d gone toe to toe with some larger bears. Like being a female doctor in the 1960s and 1970s, even in Trinidad. That deserves respect. She earned that and no one could take that away.

I found myself waiting for the silver gates to open, pondering the Christian metaphor, then passing through them. There was no St. Peter at the top of the stairs, just an old Aunt in a wheelchair. She looked… small. She looked… old. But those eyes – those eyes were alive, lucid and had the wit behind them that I recalled from childhood. A light brown, a hazel, keen and alive in a face that had looked at the rigors of time with a smile. She had forgotten, as had I, what we had been upset about. The board was started anew.

We both know the game, and unlike last time, we were both on our game – we both circled the board mischievously, testing each other, learning each other. And this woman knew she would get what she wanted – the trick was finding out what I wanted. I left the board ahead of the game; what I wanted she could not give me… the truth is that no one can give me what I want. But what she wanted was incidental and aligned with my goals and I said that, so we came to an accord. She pondered me a moment, realizing I had let her win without myself losing. She said as much. And I simply said that the most common mistake people make with me is not taking me at face value – that my face value, for whatever reason, confounds people.

She laughed, and then she said, “You know, if you had done ‘A’ Levels down here, you would have been brilliant.” ‘A’ levels are the Advanced Levels, things I did not do, running away with my Ordinary (O) levels which were even then more advanced than the U.S. I even have documentation from the U.S. Navy that proves that.

Still, what she said had me thinking today. There are times when I suppose we all look back, searching for some regret to have – and I think we all have a few hidden somewhere that we forget about. This was not one of them.

That what she intended was a compliment I understood, but she didn’t understand why I left after O’s. It was to get out of that house, and to that end, there was no way I could stay. No way I could do ‘A’ levels. I might have completely lost my mind. Granted, if my home life were happier – or even content – I would have done them, but that would have required being in a better economic position. And what if I had been in a better economic position? When you think back 3 decades at circumstances and environment, you can’t help but wonder a little.

What I did say to her was, the right thing even after some soul searching today. I simply said, “No, I’d just be someone you understood better.”

A pause. The eyes narrow, thoughtful, but her mind made up. “You could have been brilliant”, she repeats.

“Instead, you got this.”

I’m just a nomad that moves stones. Anything more than that is hubris.