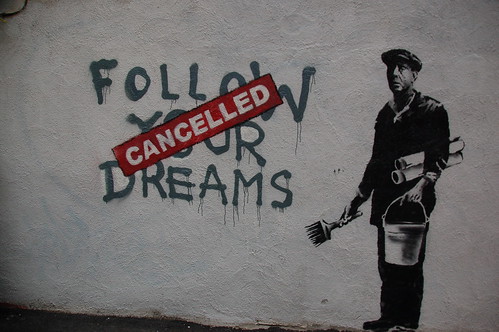 One of the most rude and unforgivable things that you can do to another human being is be kind to it.

Picture waking up every morning, going about your business and walking past people who are hitting their heads against walls. That’s all they do. Clearly, it’s not good for them. And every day you see it – and you see a lot of people doing it, as you head yourself to your particular wall to hit your head against.

If you ever make the mistake of trying to stop them, you will be accused of being rude, some will get angry with you – you’ll even be told to mind your own business. You might make it your life’s work to go around and stop these people from hitting their heads on walls, and in doing so you’ll find yourself to be a public enemy.

You’d be a horrible person, some might say. Some might say that you don’t understand, that they need to hit their heads on walls to… achieve something that, if they get it, they won’t be able to truly appreciate because of their brain damage.

So instead of hitting your head on the wall of stopping people from hitting their heads on their walls… You learn to walk by, to leave them alone. Even the ones you like. You’ll greet them, they’ll greet you…

And maybe a few of them will say one day, “Why isn’t his head bleeding?”

You just can’t teach some things.

Some things have to be learned the hard way, and handing out helmets simply delays that.