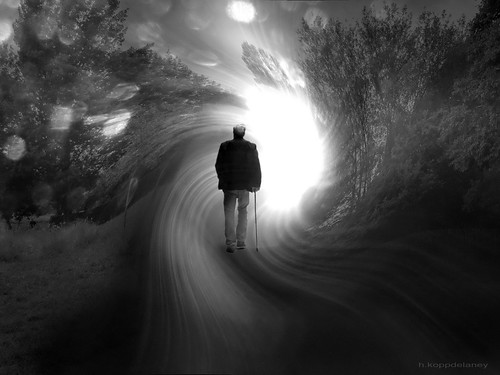 All too often, we don’t recognize how limited we are. We, who would expand our canvases beyond our simple neural inputs, we who would try to do good, are limited to our own fictions as we pull together the information we take in.

It used to be simpler, when it was all just sound. Then we figured out how to scribble things, and things became more complicated. The recorded and transmitted sound captured our ears, where ‘The War of the Worlds’ scared people into thinking that there was an actual alien invasion.

Television came along, first in black and white, then in color – and then in an escalation of realism that makes fictions all the more immersive. While that was happening, we learned to record things – and artists, with all these new canvases, pushed the limits beyond what we collectively thought possible.

Fictions rivaled reality, but reality has always been our fiction – individually and collectively. The world is not as we experience it; the world is as it is and we only experience it through some rudimentary inputs. Science and technology have allowed us different perspectives, launching us into new fictions about the universe around us. They drive us out of both fear and wonder.

Yet the most dangerous fictions are what we tell each other. as we increasingly master how to tell each other things. We make our points by appealing to emotion more than intellect, largely through the study of marketing. We are more impressed by a politician on the news than the people actually effecting change, and we have become more impressed as they are marketed toward us.

Our fictions are dangerous in that we create our own fictions by dehumanizing others to take from them that which we would have. They are dangerous in that we believe them to the point of not questioning them, not even daring to imagine outside of them. Conversations aren’t to be had; they are narrated by those who profit from them – not as the conspiracy theorists might say, but by what sells advertising.

Enter the Internet, where we can now share these fictions easily and in such volume that if they were things of worth they would be valuable – but they are not of worth, largely. They are simply the conversations already narrated, with few capable of having the presence of mind to question.

Society’s fictions have to be mastered, not by those who tell them, but by those that consume them.

Critical thought would be a welcome addition to our society.