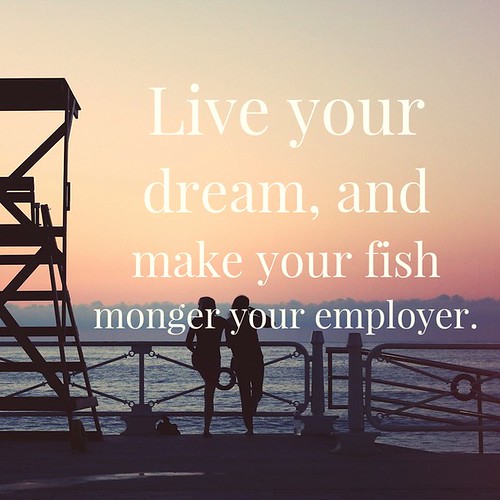 We don’t understand very much, and we’re not particularly good at anything other than multiplying. It’s a dark and ugly thing to say for those who don’t see the cracks in their worlds, pasted together by faith in what they have been taught to have faith in. That faith isn’t necessarily religious – in fact, most fervor doesn’t seem to be.

Underneath this umbrella of faith that shields us from reality, we live these lives of quiet desperation that Thoreau wrote about, becoming the tools of our tools. A fish can live in a system – a school, oddly enough – and survive long enough to procreate without being pressed into conformity: Lack of conformity means death by predator. Humanity is it’s own predator, where what is good for some is not good for others, where tribes divide more than they collect. Lilliputians, all.

We teach children to seek out happiness, to seek out security through financial instruments and societal connections even at the cost of principle – because principle is relative to how bad someone wants something.

When one looks beyond all this, seeing it for what it is and all the nuances that come from it, it’s hard not to be angry, hard not to be frustrated or depressed – unless, of course, you already have some security. We hold together our lives sometimes only by strength of will… and our society does the same, but our societies around the world do not have the will to maintain the present systems because the majority with less security do not feel the need. Security and the need for change are not directly proportional. It is what it is.

The fish in the center of the ball of fish are the most safe from predators… but the net catches them all the same.

What a strange aquarium we live in.