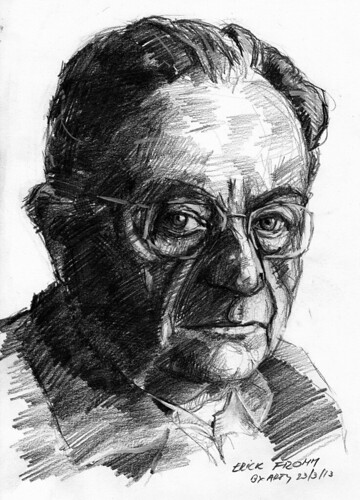 I wrote a bit about being an introvert and building a social network of value in response to John Hagel’s post about measuring you’re real net worth.

There is, of course, more to it than what I wrote. To me, it revolves around two major things: Form vs. Function and Having vs. Being.

Speaking for myself, I’m a big fan of function over form – and being instead of having. These are two philosophical distinctions that separate me from what seems to be mainstream from my perspective.

I have a 4×4 pickup that is set up for going offroad, but not with anything extraneous: What is there is there to meet a purpose, no more and no less. In my mind, anything but that is inefficient and wasteful. If I lifted the pickup higher, it would be unmanageable cornering on the roads – and would put the center of gravity much higher than I would want it given the hills I navigate in the bush on my land. I do not have more aggressive tires because they would be a liability on the road – but I do not have less aggressive tires because they would be a liability in the mud on my land. There’s a balance. And the vehicle is usually dirty to some extent, but always functionally sound. I am completely about function.

In contrast, I know someone with a 4×4, all white, street tires and just about every piece of plastic bolt on product you could find on his vehicle. He washes this pickup so often I’m surprised he hasn’t rubbed the paint off of it yet. He’s all about… form.

When it comes to my networks, I’m not a namedropper, and I don’t care who else someone knows or how famous they are or aren’t. I do not value people in my network based on what other people value them as – that, to me, is form. Instead, I care about what the people themselves have to offer of themselves, as well as their own expectations.

This is an intrinsic part of network building, where the mainstream – those more interested in popularity (form) are less interested in understanding (at least in my mind) and therefore truths (function).

I choose function every time.

I don’t ‘have’ connections in the way that social networks deliver their networks. I don’t count them, I do not see them as scalar quantities – I see them as vectors, as matrices of humanity that I connect to. I do not have them just as I do not have slaves; I exist with them.

This is in contrast to those that count their success by metrics, typically scalar, and these metrics are easily gamed by the echo chambers of social media where like minds rise in chorus even with bad voices and bad tunes – and, honestly, some reprehensible lyrics.

The downside of not having an echo chamber is that you don’t have an echo chamber. People don’t repost things you might offer, they don’t necessarily spread what you wish to spread – and I see this largely as a good thing with unfortunate consequences while in an open system where people do have echo chambers that can drown out individual voices.

And this all revolves around what you actually value.