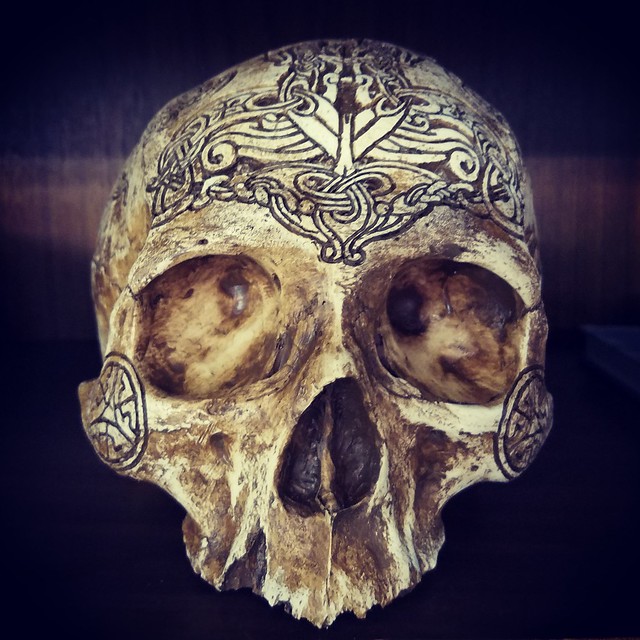 We humans have contemplated mortality for as long as we have been conscious – we’ve developed philosophy, and arguably, theology from it. So many do so much to avoid the inevitable, and yet it remains. We have people working right now to squeeze a little more life into our mortal coils. We live longer because of modern medicine, shoveling coal into the engine of society.

But… why? Are our lives so great that we simply have to continue on? How many more years of traffic, of software patches, of reveling in the idiocy of ‘leaders’… do we want more of that, not less? Do we want to work longer toward a retirement that society robs us of through the flawed ponzi scheme of economics that are based on the assumption that a larger population will produce more and thus be able to support a minority of aged people? There’s so much wrong with that assumption.

And yet, when in a hospital bed, being told by someone who casually hangs a stethoscope over their neck, that they will die… there is surprise. There is denial. There are questions of how long. There is almost no question of the quality of life except in movies and television shows. Those who believe in a deity will make urgent requests for more time, more medical bills, more of the same of  life that so few actually get to enjoy before. Those who do not believe may accept or not, they may fight or not, but typically they do not accept (denial), they do fight. Every breath is a battle.

Spoiler: We’re all going to die at some point. Every breath is a battle anyway; nothing has changed other than someone assigning a possible date that is closer than we might have expected. The world continues to spin.

Some of us fight for relevancy beyond our lifetimes – very few are actually remembered. Think of all those dressed so well after they died, over the ages. As of 2016, there were 100.8 billion dead humans. Our global population is roughly 7 billion at this time. How many are remembered? How many stand out? How many dead people can you think of right now? And how many of them will be remembered in a few hundred years?

But societies, cultures, civilizations – we remember those as we are taught, as was recorded by those who bothered. Even the dead ones. Especially the dead ones.

And underneath all of this, underneath all the things in ‘life’, there is this mortality that we deny through our actions, our words… and what we do not deny, we reinvent into another life, as if this one wasn’t quite enough. As if we have some higher purpose defined by people thousands of years ago scribbling into books.

And yet there are some, very few, that accept that they are already dead. Maybe they’re onto something. Maybe we already are, maybe we’re just echoes of society’s demands, the tools of our tools (Thoreau), going through the motions like Sisyphus, our blood turning the wheel of the great engine of society driving us… where?