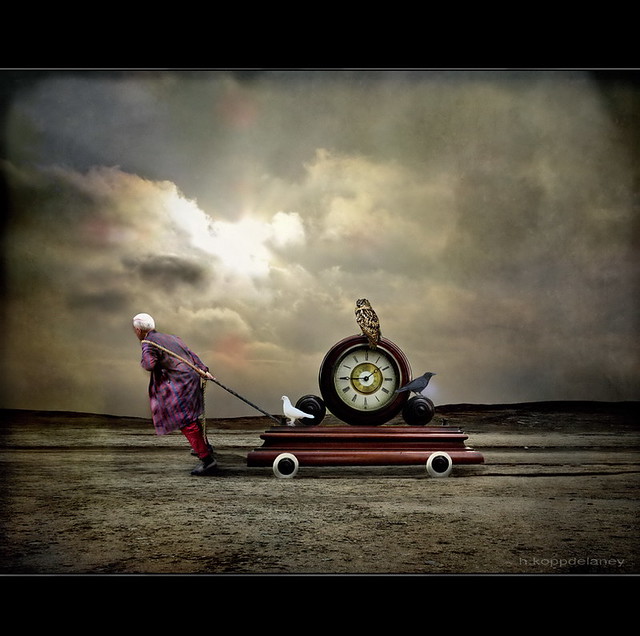 We are surrounded by people who think time is their master when, really, it’s quite the other way around. We drive time, we push it forward with our every breath – and how we spend it is telling.

Back in 2006, I lived a year without a watch – on purpose. It changed me; I slept better, I ate better, I was in all actuality more productive once I stopped trying to be busy but instead productive.

This past year, I saw it quite a bit. I stayed with some people for a period, and while I did I would check in and do things like ask if they wanted pizza when I returned home. They never said no, and yet when I returned they would show up, grab a slice of pizza and leave – leaving me instead to stare at a box of pizza minus their slices. The idea of spending time together seems to be alien for people only a decade younger than myself. Maybe it’s just me.

These past holidays, I saw people I don’t often see, and while sitting there I found myself watching them stare at their phones. The last visit, I found myself not only staring at my phone but grabbing a book to occupy myself while they stared at their phones. On driving home, after repeatedly going out of my way to see them, I decided that I wouldn’t let that happen again. It’s a waste of…

If we pay attention, we have more time than we think. For example, I have more time to write than I think – always – not measured in seconds, minutes, or hours, but instead in what I can write. When we as a society figure out how to transcend time, and be in the right place at the right time, the moments we spend will have value. Yet generations have grown up in front of flat screens, just as my generation grew up in front of televisions.

This, some think, is progress.