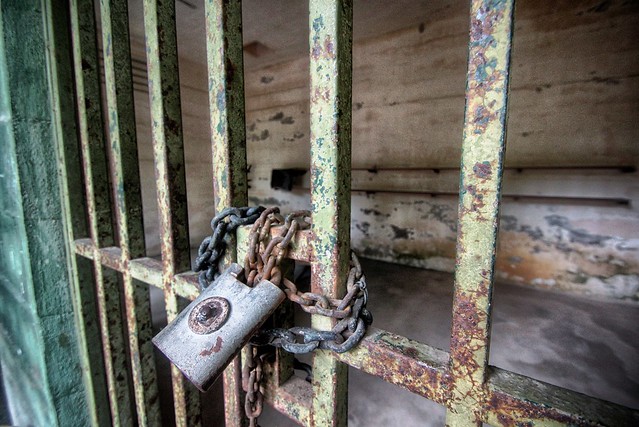 She and I sat on her front stoop talking quietly so as not to awaken her mother. It was a cool morning, the dark rain clouds looming to the Northwest. It wouldn’t be long, I could be caught in the rain, but I was compelled to sit and speak with her because she needed to be listened to, she needed to to be spoken with.

This adopted niece is a strong young woman, and she’s bearing a weight of responsibility that sits maybe too comfortably on her shoulders, a tribute to her nature, an indicator of her nurture. She has been raising a parent and, finally, at 21, she saw a clearing in the clouds of her life and a chance to see the sunlight she had heard so much about. She’s intelligent, thoughtful and aware of herself… but youth comes with a pressure to press forward and the world has a way sometimes of keeping some of us from doing just that.

Who we are either grows or dies.

The paths for her are predictable: Continue on the path she’s being forced down by her own sense of duty and become further frustrated to the point where she gets married just to get out of the house, or she learns to become selfish just enough to allow her to grow out from under the rock placed on her by circumstance. While pressing up on the rock will make her stronger, it will only make her as strong as she can be without light to photosynthesize.

I suppose we all reach a point like this with things. For me, it happened when I was 15 and it caused me to rebel, to do anything to get out of the house, off the islands I had felt trapped on for 6 formative years. At 16 I did just that, not properly prepared, to return to the country of my birth and find it full of strangers and few friends.

There is no advice for me to give her. I can only tell her the path I walked and continue to walk. My challenges in life, the ones where I had to manage tough decisions that I made knowing I could not regret them, had meaning for her – not that she should do similar, but that I could tell her what would happen along that path.

Quietly, I considered her challenges as a woman in Trinidad and Tobago, bearing the responsibilities demanded of her by childish people who should be stronger. For her, the paths were limited because of the culture and because of society – and if she is strong enough to push those aside, if she can can keep her feet under her even as we both know it’s slipping… she is the Atlas of those close to her, holding worlds together even as hers shifts. That weight will eventually fall off her shoulder as people die; it could take years, it could take decades, and who she will be after will be dictated by what she does now.

How strong is she? How much weight should anyone have to bear? How many sins of our forebears must we punish ourselves for? How much do we owe, and in owing, how much interest must we pay? How much do we lose to the roles we are born into because of the historical detritus previous generations haven’t cleared up because of their comfort with it?

I watch again the freedom of youth being lost to the Faustian bargains of adulthood.

I’d write more about her, but I wish to respect her privacy on such a small island. She’s someone who deserves to be a character somewhere. A character that achieves something in life, however small.