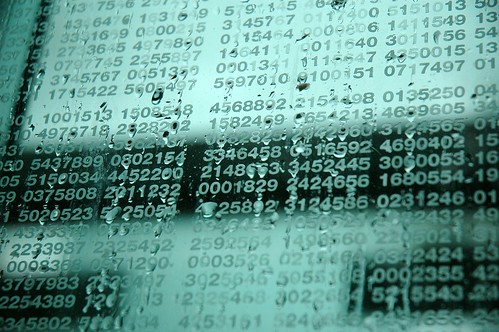 Without individuals we see only numbers: a thousand dead, a hundred thousand dead, “casualties may rise to a million.” With individual stories, the statistics become people — but even that is a lie, for the people continue to suffer in numbers that themselves are numbing and meaningless.

Look, see the child’s swollen, swollen belly, and the flies that crawl at the corners of his eyes, his skeletal limbs: will it make it easier for you to know his name, his age, his dreams, his fears? To see him from the inside? And if it does, are we not doing a disservice to his sister, who lies in the searing dust beside him, a distorted, distended caricature of a human child? And there, if we feel for them, are they now more important to us than a thousand other children touched by the same famine, a thousand other young lives who will soon be food for the flies’ own myriad squirming children? 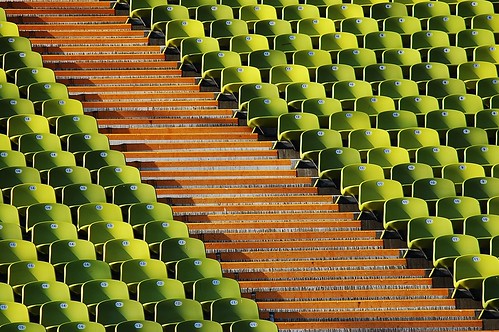 We draw our lines around these moments of pain, and remain upon our islands, and they cannot hurt us. They are covered with a smooth, safe, nacreous layer to let them slip, pearl-like, from our souls without real pain.
Fiction allows us to slide into these other heads, these other places, and look out through other eyes. And then in the tale we stop before we die, or we die vicariously and unharmed, and in the world beyond the tale we turn the page or close the book, and we resume our lives.

(Why would I rewrite this?) 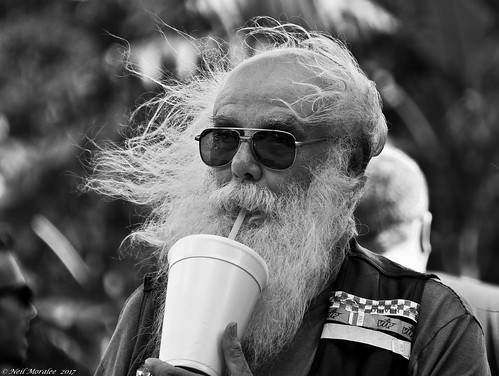 We are sensate creatures, we humans.

Whether on a motorcycle, at the beach or even in the water, we feel the motion of our hair. It can be reassuring, calming, when we are in control. Maybe we kick off from the side or bottom of the pool and feel the rush of it, maybe we accelerate maniacally on a motorcycle or with the windows down on a car… long gone are the days when children got to feel it along their scalps as they pedaled their bicycles, but some of us remember.

And then there are times when we are standing still, when the wind moves around us, our hair moves and we get a similar sensation. It might be a calm breeze, it might be the storm whipping through our hair. It might be a fan…

And then there are times when we feel in motion, we are in motion, and we’re uncertain whether what we feel is because of what we’re doing or because of the world around us. Are we falling? Are we pushing forward? Is the motion we feel our acceleration, or the world accelerating against us? 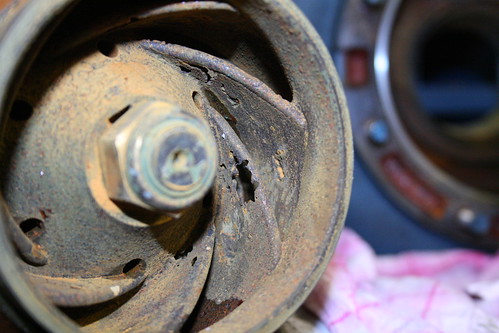 We are sensate beings, the relativity of that sometimes confusing us. The world moves even when we don’t, the world acts even when we don’t. Sometimes we scream that it’s our inaction blowing our hair, sometimes we scream it’s our action blowing our hair, but there are times when it’s truly indeterminate. In a rush, like a submarine cavitating it’s propeller, with bubbles forming against it’s hull, we are blind to what’s around us.

The faster we move, the less we know about what is around us, insensate to the world around us because of our own noise.

When we push forward fast, we don’t know. And that can be a scary thing. It can be seen as a fear of success, or it can be a valid fear of failure. It can be anything.

So we slow. We stop. We listen. We feel.

Those of us that are sane, anyway. 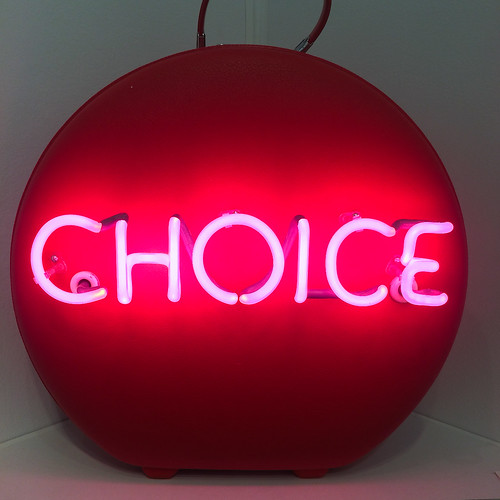 We work for a living, most of us, so the choice is whether we should work and get paid to pay others for other things. It’s a social contract born into, where we expend time and energy to get things that we need. We start with the basics, hopefully, of food, of shelter, and of clothing. Maybe we’re lucky enough to have those basics when we are small and defenseless humans, children, and maybe we aren’t forced down other paths to get those things. Then, when we are considered adults by society – and let’s be honest, some of us aren’t when society deems it so – we thrust ourselves into the world and stop depending on the elder humans to take care of our needs. If you’re reading this while living with your parents, I’m not judging, but others are because of the societal contracts we inadvertently signed with our first screams.

Then we deal with our wants.

“The human race is a monotonous affair. Most people spend the greatest part of their time working in order to live, and what little freedom remains so fills them with fear that they seek out any and every means to be rid of it.” – Johann Wolfgang von Goethe, ‘The Sorrows of Young Werther’ 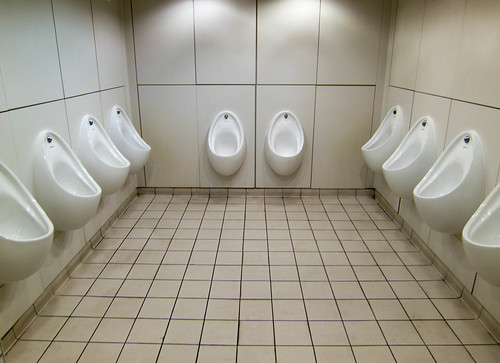 A man, looking at those urinals, will see choices and after being a man long enough will pick one basically out of habit. A woman offered these choices will probably be dismayed, but that means they probably made the choice to go into the men’s room instead of the women’s room. By all means, I have no issues with that, so let’s not get lost in who has the right to use which bathroom. I’m just writing about freedom and the illusion of choice, and this image popped up in a search.

The choices we are given are largely decided by others, and they’re not really choices if we consider that. You could have gone and done anything else, but you’re here instead, reading this entry, which I’d say was a choice. I’d hope it was a good one. But without me writing this and sharing it, you would not have had that choice, without others writing things to compete with your attention, you would not have had that choice.

I didn’t data mine to write this, I didn’t tailor it for you, I didn’t do any of that. I simply felt like writing it. I don’t care about SEO or any of that crap here- maybe someday I will, but I doubt it.

The point is that I didn’t use any ways to induce you to be here. That gives you more of a choice in a world where you are presented things you like based on things you have liked, sticking you into a rut of thinking that you’re comfortable with, that you feel safe with. 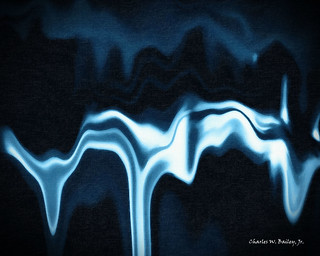 In the context of social networks, I have found myself feeling feeling it as repressive – thus I have left them behind other than for broadcasting, really, and even that is debatable.

I’ve always been a proponent of simply creating content and allowing people to find it; I’m not sure shouting in the bazaar is useful when you don’t actually own the bazaar. It certainly doesn’t add to the appeal of the bazaar unless you love being shouted at by random people.

So, to simplify that part of my life, I am withdrawing. Even email has a new layer of obfuscation to protect me from the constant drivel of marketers and their marketing, of conversations with those who don’t want to have conversations but to shout at you as if your ear is their bazaar.

There is a poetic symmetry in randomly popping up in someone else’s bazaar and whispering, “Hey. I wrote something new.”

I have retreated to the Internet, the bizarre bazaar, the foundation upon which cathedrals disguised as bazaars are built. 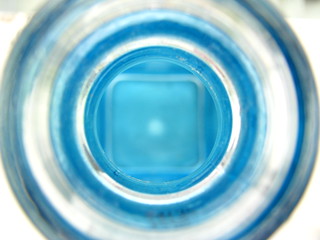 It’s been 24 hours since I walked away from Facebook – and there are a myriad of reasons for that, but the one I’ll write about now is distraction. With roughly 1,200 connections – ‘friends’, in what Facebook has branded such connections – it got to be too much.

One of the problems with social networking platforms is that, as a business model, they cater content and advertising based on what you have done or liked or interacted with. It’s in their financial interest, and their bedrock of advertising forms a fatal flaw in the experience that most users don’t know enough to understand, and probably don’t want to understand in an age where social connection is as diluted or strong as the algorithms behind it.

I’m a big fan of strong connections. Of thoughtful discourse. Of wide and broad knowledge shared by people with depth and breadth in a world that doesn’t reward broad experience and only specialization. When one reads things, for example, that Richard Feynman said or wrote, you encounter an original mind, specialized in Physics, who spent time thinking beyond his specialty and into the realms of how what he was specialized in affected other things – and vice versa. In essence, he was connected to the world and whether conscious or not, it was a choice. I just read that he spent the latter years in his life working with Hillis on some great stuff, too. Interesting man, Mr. Feynman.

In finding myself creating thoughtful comments on thoughtless posts and comments, trying to maintain a level of interaction, I found all too often that the lowest common denominator wasn’t static but dynamic – where someone who was thoughtful would be momentarily thoughtless without looking back. And then I wondered if I was as guilty. There’s a want to be right, of course – no one wants to be wrong. And yet, there are many right ways to look at the same thing and it’s the intersections of those ‘right way of looking at things that has a sweet spot. The sweet spots are not constant, they too move.

‘Right’ is built on a foundation of sand, and I found Facebook was a bunch of people trying to create sand castles on a foundation with sand while others, for no good reason, might come over and kick their castle. It’s like what happened when children stopped being raised by televisions and instead by networks that they could interact with – where they could easily hide what they shared with others from brick and mortar society.

And yet blogs remain, where people can be thoughtful or thoughtless – but blogs err on the side of thoughtful, in my experience, when compared to social networks.

Now I’ll have more time to write. “Oh no!”, some social media ‘expert’ might say, “no one will see your content!”. Well, shucks, it’s not like people saw it when I posted it on Facebook anyway – and those who liked it did not see fit to share it, even when cracked across the skull with blunt words.

Facebook is pretty fucking useless to me. Why spend time on it?