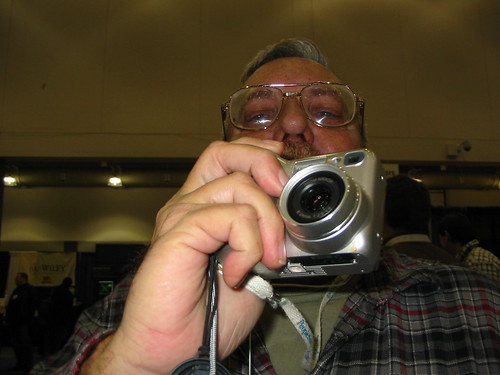 When news of Robin ‘Roblimo’ Miller’s death came to me through a tweet to a Linux Journal article, I sighed.

I felt a momentary sadness. And I laughed because it came to me even as I was fighting with Microsoft’s Windows 10 Update (1803, April 2018) that had bricked my Windows machine. I laughed because Robin would have laughed had he not been so unfortunately absent, and he would have been laughing at me.

We’d had the conversation more than once in 2003, and later in 2005, about the fact that I never went completely over to Linux for my systems. His argument – and it was only that, a way to get me on the defensive – was that without full commitment, Linux and Free Software/Open Source would always lag. My response was that in a world that had so many Microsoft machines, I had to stay relevant in Software Engineering and also in seeing differences in the systems, that I needed both experience sets to make sure that my stomach did not think to complain that my neck had been cut.

We were both right, and we both knew it. So, yes, I laughed, and even as I unborked Microsoft’s problematic patch, there was a part of me that recognized the stillness of loss. That silent understanding that little conversations like that would be lost.

You can read about Roblimo on Wikipedia, and it seems to me like examining a fly pinned to the wall (I had my own run-ins with Wikipedia). It hardly communicates who he was. People who had the pleasure of knowing him knew he stood for what he believed in, that he was uncompromising in his belief.

I met him at the FLOS Caribbean conference in 2003, here in Trinidad and Tobago, when a group of well intentioned people gathered from the larger Caribbean to try to build bridges to local government about how much sense FLOS made. Unfortunately, it didn’t have kickbacks or trade agreements, so local government wasn’t as interested in hearing about it – but it brought Robin down, as well as others.

He and I spent many a smoke break together during the conference. People underestimate how much can be spoken of during those periods when one shares a common vice if only for 10-15 minutes.

We would meet again in Boston in 2005 for another Linux event. And we would stay in touch over a period of 15 years, sporadically sharing things on social media, commenting, pushing our perspectives sometimes against each other. Later, while I was in Florida, I always planned to make it over to see him in Ft. Myers. It was the other side of the State, and… it just never happened, mainly because when I was working, I was working full tilt on something.

And now he’s gone. But what I learned from him echoes on, as it will with others, and that will simply have to do for us.

It’s a shame he’s not around for me to share this with.