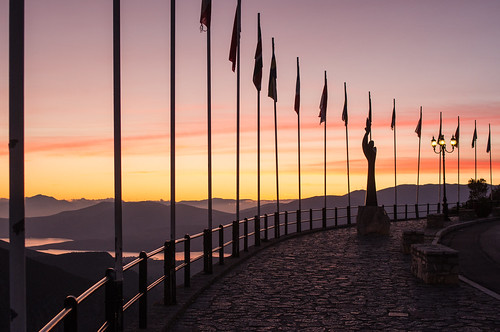 My personal thoughts on citizenship seems to be an outlier. The idea that a person can belong to one country by accident of where they were pushed or dragged out of a uterus seems strange. It seems peculiar.

It seems wrong. I was born in one city in one country. I left there when I was three and have been in motion ever since. People ask me where I’m from – well, I got out of the uterus there, but that says nothing about me other than where my mother happened to be.

We get tagged with the hard part of the change, the painful part – the part mothers never really let their children forget. We don’t count where someone was conceived – the hopefully fun part – where two people mixed their zygotes to form a human.

That pain just keeps giving. Not born somewhere you want to go? Get a passport from the nation you were dropped off in, get a visa, wait for the TSA to look all that over as well as a lovely scan of your body. Don’t leave those shoes on. Granted, travel wasn’t always that hard if you could avoid it, with the exception of people who had to make those journeys in chains.

All of this got dredged up because of a lot of heated conversations I’ve had in the past day since the passing of Sir VS Naipaul, a man who was born in a colony of the British Empire, that later became Trinidad and Tobago after – well, let’s face it – the UK got bored with their colonies. A few nations became nations after overthrowing a foreign power, Trinidad and Tobago is not one of them.

This is not to say that Trinidad and Tobago doesn’t have it’s charms – I am here, after all – but to claim Naipaul seems, ultimately, petty. If he were not as successful, no one would be claiming him.

And I think – after having traveled, lived in some different countries and traveled to many more… I think after you hit a certain point in traveling, nationality becomes a thing you are tasked with. When I think of people, I tend to think of them globally. I don’t drag up where they were born, where they lived for so many years – that may be a part of their identity, but it’s certainly not their entire identity and it’s sort of insulting to think otherwise. That’s sort of like being prejudiced, isn’t it?

Of course it’s being prejudiced. The Greeks called anyone not from Greece a barbarian.

We live in a world now that, even if we pick up all the trash in a small part of the world – let’s say, the Caribbean – it doesn’t matter that much, there’s not that much of an impact unless the rest of the world is doing it. Ocean currents, winds, etc – these things don’t care about which country you’re in. Economies, too, are breaking through in this.

We are global citizens, whether we are consumed with nationalist pride or patriotism – a thin line between the two –  or not. At least while we’re on this planet, anyway.

One thought on “Citizenship vs. Global Citizen.”