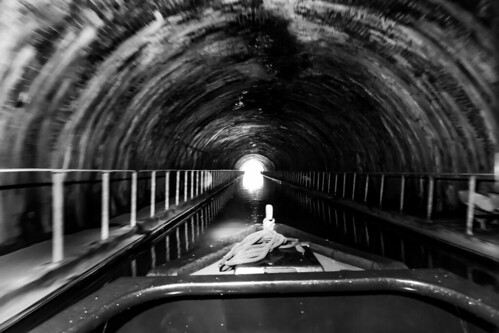 We have a tendency to set goals and get tunnel vision – we see everything directly between ourselves and the goal.

This is the real world – not some facsimile that they teach about when they hand out diplomas and certificates, but a world interconnected. These days, the interconnections themselves are accelerating. Writers have tackled this over the decades, trying to communicate that the world is getting Faster.

Most recently, I’ve finished reading Friedman’s, “Thank You For Being Late” – an appropriate title as I’ve been making my way through various things in Trinidad and Tobago, a nation where bureaucracy can be harvested and exported. On a global level, ‘thought-leaders’, predominantly of the developed world, have the luxury of seeing things above the clouds of the developing world.

And they write about it.

And it’s disconnected from the rest of the world – even people in their own countries.

There’s this growing tension because of that which I would like to think could be healthy – where people aspire toward such lofty goals. And yet, the same ‘thought-leaders’ don’t understand the world that they live in as much as the world they are familiar with – just like everybody else. Reality defies us. And that content spreads like a wildfire around the globe, right or wrong, good or bad, and people see it through their tunnel vision.

We all want things to be better. The problems arise when we don’t agree on what’s better.

The tunnel, though, comes to define people when the world is larger than the tunnel. Where stopping now and then and looking around makes us aware of more possibilities. Where we are not limited to or defined by what we’ve done before. Where we can find a small effort indirectly can bring us so much closer to our goals.

Where even the systems we use to define how we get to our goals should be constantly suspect.

We plod forward when we should dance toward.

One thought on “Plodding Toward Progress”