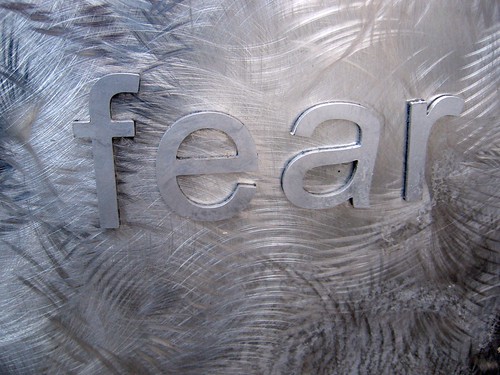 I’ve noted some fear in posts related to Trinidad and Tobago in the aftermath of the earthquake on the 21st of August, 2018. My own experience was meager in this regard. I was calm.

People were freaking out all over the country. It was a sudden explosion of anxiety disorders, but all I felt was stillness. Rationality. Maybe even tranquility. Yet with so many people freaking out, that sort of reaction compared to that of others gets someone thinking.  Introspection is healthy.

Maybe, too, the fact when the world collapses, I was trained to keep my wits about me in an emergency as a USN Hospital Corpsman – but the truth is that I picked that job, much like firemen pick their jobs, much like police pick their jobs… and if I’m going to be honest, I miss that spike of adrenaline that jolts that tranquility. Granted, medical professionals will waggle their fingers at me and tell me not to go running into things.

It wasn’t the training. It refined it, distilled it, but it was there already. The person who, when everyone is freaking out, can focus and see the stillness in each moment.

The sad truth about that earthquake yesterday is that while exciting when it happened, I was a bit disappointed afterwards – a disappointment I remember from working in the old Naval Hospital Orlando Emergency Room when something didn’t happen. And I look through my life since then – a trail of boredom, but the ability to throw myself at real-time emergencies and not get sucked into them. There’s a life to them.

They have a pulse. A rhythm. Maybe it’s just my pulse, my rhythm that I superimpose on the world. As I write this and think about it, I can’t remember the last time I tasted fear – that coppery taste in the mouth, that tensing of the muscles. Or maybe I do feel fear and just react differently now.

Maybe I’ve been afraid often enough and had to muddle through it. I’m that person when it all hits the fan is standing around, observing, thinking, acting – in that order.

There’s no one around me now who will understand this questioning. Veterans will get it, I think, but I’m geographically far removed from my brothers and sisters.

I suppose it’s the imagined traumas, the self inflicted ones, that bother me. The people who, afraid of a wall, will run into it over and over – a Darwinian closed loop system, a self-immolation with fear.

Maybe I’m the one that’s broken.

It’s good to be broken.

One thought on “Fear.”