“To be nobody but yourself – in a world which is doing it’s best, night and day, to make you everybody else – means to fight the hardest battle any human being can fight; and never stop fighting.” — E.E. Cummings. 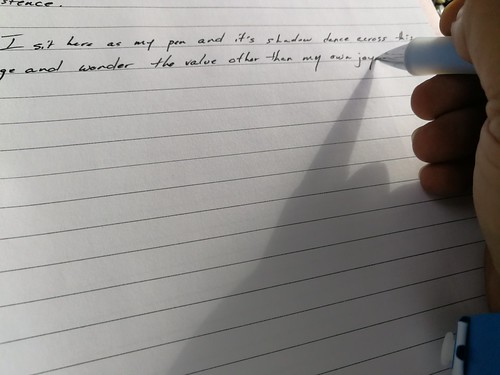 I spent a week scribbling in a notebook, pen to page, ink to wood pulp, filling hundreds of pages in a cleansing ritual that I began using during my teenage years – notably when it took less time, ink and paper.

This writing was not to be published, it will not be published. The physical act of writing things on my mind, an exercise in what I would later learn is free-writing, is the way in which I aligned the world in my mind – instead of what the world would do so innocuously otherwise, aligning our minds to the world. And the final act of destroying it, as symbolically hollow as it may seem, ends the process.

I have been overdue.

There is a space there that must be kept, a boundary that allows us to be who we are in a world where we are expected to fit into molds, into categories, into these things only to make the lives of others simpler so that they can easily categorize us and put us on shelves to collect dust and cobwebs of convenience in their minds. 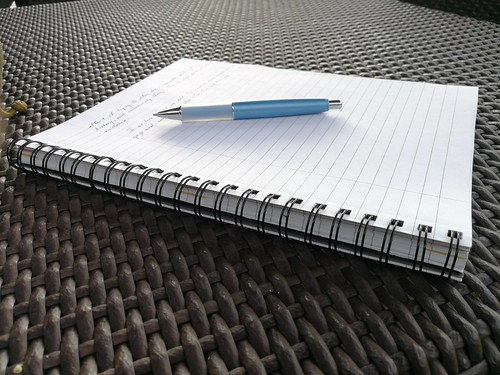 Their convenience has never been convenient for me; they would tell me only to study what I needed to pass tests but I wanted to learn everything and never cared much for tests. Who are they to test me on what they think I should know when they are gambling on knowing what I should know? How is it that they can justify measuring me as if I were a shoe for society to wear, to protect it’s tender feet from the reality they do not teach of?

By the time I was 11 I knew that they would not teach me the things I needed to know then, the challenges I had to face were well beyond their curriculum. They could not teach me to adapt as I had to, they would not teach me then how to help my father make sure that we made enough money to put food on the table. Certainly, I have used much of what they taught me, but most of it was not timely, most of it was inappropriate, and the only real benefit I would find later would be understanding the intrinsics of how a bureaucracy can mold people into not only accepting but expecting bureaucracy as some form of answer in a society that shudders under it’s weight, humans shuffling from one line to another with the quiet hope that by continuing in those lines that someday they might become something they have been taught is ‘successful’.

No one teaches what success is. They’ll toss you carrots when you jump through hoops, but tigers do not eat carrots and are not fond of flaming hoops – thus the whip.

To some of us – I do not know how many, they will know who they are and announce themselves if they wish – there is a need for this boundary between ourselves and society, where the indignities we suffer in pretending a conformity we do not have can be forgotten, if only for a while, because in the end it is only a while that we have. We do not see the world as they taught us, but we recognize that others do. We do not see the world for what they want us to see it for, we see it for what it is – whatever that may be for any one of us.

There is no ‘woke’ to be had by reading a book or following someone else’s philosophy, it comes only from the brave act of living with freedom despite the bindings of society.

As I wrote what I had to in that notebook, hand sore, finger indented from holding the pen so long and so emphatically, it became apparent to me that I had become exhausted by the world constantly trying to make me one of everyone, that I needed to get away more often, and that my exhaustion was a reward for victory.

The rest and relaxation was simply to continue being a free individual in a society that detests such people – for we are dangerous; we have ideas and thoughts that threaten the status quo. Outnumbered, surrounded…

One thought on “A Character Writing Itself.”