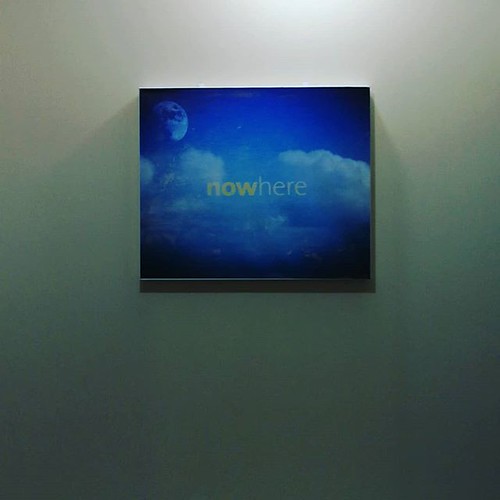 I’ve been defining the new place which I call NowHere, and of course there are details that irk me here and there.

One of them was the ghastly electrical panel that someone thought would be a great idea to have in the dining space. A big, grey, electrical panel – one that might have gone with the more industrial side of me, a call to my childhood roots in electrical motor rewinding and industrial troubleshooting.

Somehow, that just doesn’t fit me in that way anymore. I might go hang out in a place like that because it’s comfortable to me, but it doesn’t mean that it should define my space. So, there was a thought of covering it somehow.

Worse, it’s the first thing I see when I come out of my bedroom. Haze grey and there to stay. It’s just ugly.

The first thought was bookcases on wheels that a cousin was going to give me, but those were bookcases made of that compressed wood that he had managed to put wheels on out of his own boredom. And really, they just didn’t fit.

Then came the thought of a mirror, but then, in an emergency, did I really want that? And given the angle, it would be awkward should I have a visitor in the visitor’s room. So I went around and looked at what people had to hang that would be the right size.

There were some paintings, priced for their own market which I am not a part of – and it came to me that I have enough photos that I should have something of worth. Thus I started going through my Flickr photograph collection, and I found it troubling how many pictures that I had taken in landscape versus portrait. I needed a long photo, not a wide one. I went on vacation. 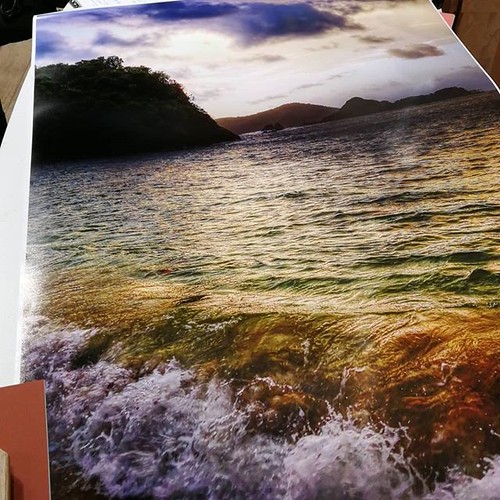 That’s when I saw the shot. I couldn’t take it properly – a lot of planning went into it to get it the way I wanted it. When I got back, I printed it.

It was, indeed, what I wanted – and of course the people who printed it said so, but that’s affirmation to a customer. It’s sort of like having your mother tell you that you’re smart and handsome/beautiful.

Maybe you’re not. You’ll always be special to someone who carried you around inside them for 9 months or so. They’re too emotionally invested in you to see you, sometimes, for what you are.

Then I dropped it off to frame. The wait made that panel uglier by the day. In 3 days, I was called to pick it up, so I went and I did. The gentleman who had framed it, whom I never met, was busy with two ladies so I waited quietly.

It wasn’t long before all three looked at me expectantly. I pointed at what I could see was my framed photo, large enough not to be completely hidden by other framed works.

I know my work. I know that one is mine. In conversation, she realized I was the photographer, and she did something I didn’t expect. This was an opportunity, she wanted it and it was mine. I could have sold it right there and then.

She wanted me to sell it.

I did not want to part with it. I know it’s one of my best photographs I’ve ever taken, if not the best. Yet, it wasn’t about the framed picture, it was about what I learned and how I had grown; it was collateral damage of a distinct growth of myself as a human being. 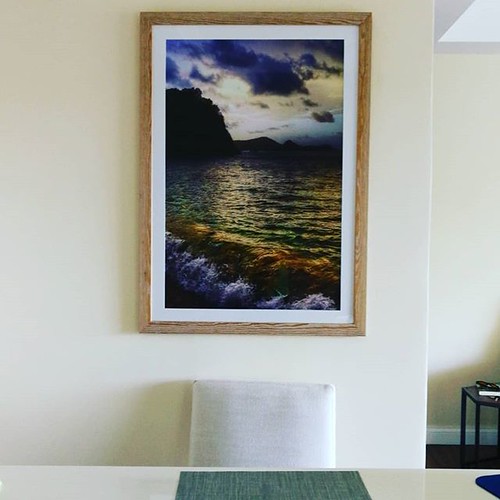 Somehow, it had gone beyond covering that ugly grey panel. It had become about me stretching everything I knew about light, tides, meteorology, vectoring, photography, and timing – things that by themselves had no value to anyone. This was a nexus of a set of knowledge and ability that caused me to push myself to become better beyond that silo of photography.

This wasn’t pride, or I would have sold it and printed another. This wasn’t about bargaining for a better price. This was about who I am and am becoming, and some things – some things you hold on to as a reminder of that.

Some things hold a value beyond what other people might see as a cost.

The picture that hangs will never be sold.

However, it has pushed me a bit more toward getting more photos together for people to buy should they wish, which I’ll dedicate 10-20 hours a week on until it becomes manageable.