It’s been a pretty good year for me, in that the culmination of years – decades – of effort came to fruition. The downside was the loss of my mother, and having to miss her funeral because of foreign exchange issues.

Overall, it has been a year of personal growth and introspection. Unfettered from an old life, I entered a new one toward the middle of the year and haven’t looked back much – until I decided to write this, and in doing so have found that I’ve made great strides over the last months. That’s good. 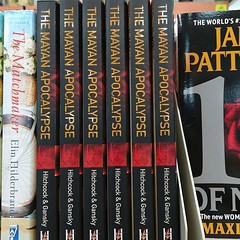 I’ve been writing more and publishing less – I’m saving the majority of the writing ‘for the ring’ – it has been a fight of sorts to get into that habit, and I hope to be done with a book before the end of next year if only to say that I did publish something else again, and that this time it isn’t a piece of tech writing that will be outdated by Moore’s Law and how fast the world accelerates it’s change.

Imagine seeing books written about the Mayan Apocalypse that we somehow all survived in 2012 on bookshelves in 2018. I wonder how it ends? 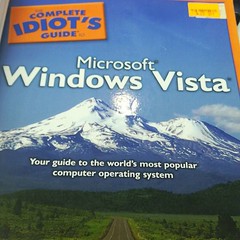 Or seeing a Windows Vista book in 2018 in the discount bin – a faint hope that someone who lacks anything resembling computer literacy will think it’s a good deal when, even at a discounted price, it’s an overpriced doorstop.

It’s particularly interesting to walk into bookstores in Trinidad and Tobago, places where dated material simply will not die, laying around as if someone might find spare parts from them useful for something more than a few paragraphs in a blog post. 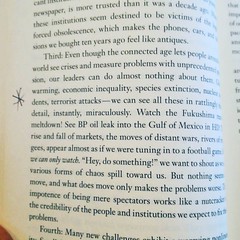 The world is accelerating. People get information faster than the government bureaucracies can react. In a way it can be depressing, in another way it can be exhilarating – and what usually happens is that both ways are happening at the same time. It’s exhausting, really, new technologies come out as fast as the last one is profited from by the companies using them even before the elder technologies have had a time to mature. Ubiquitous cameras attached to what used to be ‘phones’ spam our world with so much information that we need systems in place that we can trust to assure we’re getting trustworthy news.

That hasn’t happened quite yet. In their quest for survival, elder media has dropped everything to become more fast than the bloggers, and have become just as bad at being trustworthy as some of those bloggers. People don’t want news as much as they want something that they can agree with in a world that so many seem to find disagreeable. 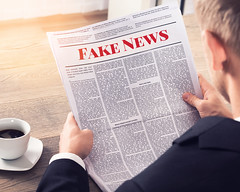 And these days of uncertainty mark our future – no one is exactly sure what’s going on because of the amount of noise in mankind’s communication. Where once there had to be a basis in fact to be accepted, now it’s the tyrannies of different mobs fighting it out in our social media feeds, combined with people who unfortunately write as clearly as they think and infect other low literates with bad ideas. Heaven forbid they have good ones and learn how to communicate them properly – but in the race to impress fastest, we’re attempting to get better at communicating through ochlocracy parading as democracy, a holdover from the unanswered questions related to ‘smart mobs’ where in fact the average IQ of a smart mob is not as high as Rheingold would have had people think. But hey, he took a lot of pictures with his hat and sold a lot of books without having to worry too much about things – a true factor of ochlocracy. 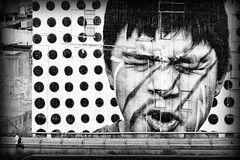 I digress. That’s all been part of 2018, where figureheads are blamed for the sins of the masses when in fact they are only symptoms. The reality is that we have these specialized systems that are smarter than the implementations of democracy. Some of the most intolerable ideas to leap from the tongues of the most intolerant – who, of course, are intolerant of intolerance and find nothing wrong with that logic.

And while I’m writing about intolerance, for regular blogging the new editor and layout with blocks for WordPress.com is intolerable. I imagine for a photo blog it might be worthwhile.

Now that I don’t have to code for someone to pay the bills, I’m enjoying coding again except for, as I note, all the unsupported and or poorly documented libraries and tools out there. The answer, of course, is to either find different ones or rewrite my own – which robs me of the inertia.

My word, people-who-call-themselves-developers-or-engineers – you ain’t a developer or engineer if you don’t document things and keep that documentation up to date.

So, I’m fiddling around with some natural language processing, machine learning and the Anki Vector SDK Alpha. These are not particularly lucrative things to do in that large corporations with R&D budgets larger than the GDP of entire nations are doing just about everything but shaving with Ockham’s Razor.

I just really like playing with information and understanding how it interacts in this day and age, as well as how we interact with it – and how it affects us as individuals and society.

I recently was called disrespectful because someone in Trinidad and Tobago was posting the raw number of murders in Trinidad and Tobago, which by itself shows an increase, but doesn’t actually related to anything such as – as I pointed out – population size. With an estimated population of 1.2-1.5 million, 500 murders in a year is 0.0416% to 0.0333%.

So, actually knowing the population size has an effect on how that percentage looks – and while people are claiming that census data is available, I have yet to meet someone in Trinidad and Tobago who has been counted in a true census. This means that all the planning data for Trinidad and Tobago is based off of extrapolated data – and when people are talking about the number of murders versus the per capita percentage of murders, it demonstrates that there’s just no real data.

There’s ways to test for fake data, too – Benford’s Law immediately comes to mind, and the fraud detection aspect of predictive analytics is well worth exploring.

None of this really affects the media and society as much as simply repeating a falsehood until it is accepted as a truth, but it’s worth exploring because falsehoods that are better tolerated have some truth in them – for example, a raw number of murders – but lack a context (such as population size).