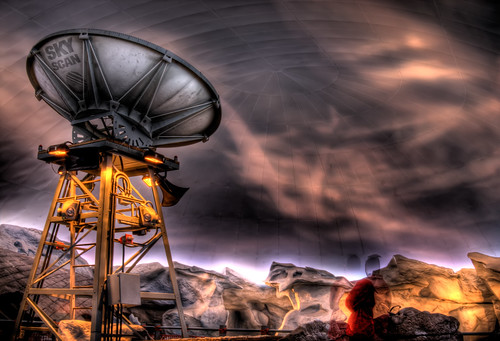 I’ve spent an inordinate amount of time thinking about communications, information, and how one can weave ideas into the fabric of other people’s minds.

Writing has always come easy, and for a long time was something I took for granted because it simply helped me or hindered me. If someone didn’t understand what I said or wrote, I took it upon myself to get better at communicating. Lately, though, I find myself feeling less responsible for what people don’t understand or misunderstand – no one likes a pedant, not even other pedants, and there are some people who are simply unreasonable and unreachable. I turned to writing long ago because shouting at walls makes no sense.

Yesterday, two people took issue with this article about the digitized paper processes of Trinidad and Tobago, and it was a little revealing. To understand this, you have to understand that getting a credit or debit card in Trinidad and Tobago is a daunting process that many people don’t qualify for. It’s a bureaucratic process that, instead of getting approved in one day, can take months (I know) – and even then, teeters on the brink of whether or not you’re presented well to whoever is behind the Mastercard or Visa system associated with it. Because the majority don’t enjoy this luxury, I didn’t write about it.

Two people took issue with that. They began commenting on Facebook about how one didn’t have to print bills because you could pay with the credit or debit card… which is true, if you can get one, and in the weighted world of finance specific to Trinidad and Tobago, is not the majority of people. Further, the point about those who lacked that financial luxury taken for granted elsewhere – in the U.S., banks give out debit cards like candy, as an example (more really, most banks don’t have candy anymore). So those who don’t have the financial tools in Trinidad and Tobago, the majority, have to print out the same bill.

It’s not as if one can depend on the local postal service to get you your bill on time, assuming that the relevant service provider has sent it on time – so people interested in uninterrupted service end up going to the website and using their ink and paper to print the very same bill – which is 2-3 pages, usually, when really, done right, you could just print one and go to a more convenient outlet to pay. Parking at the offices is always problematic, so they have ancillary places where one can pay.

Why do people have to print out all those pages? Largely because the bills are inefficient and have been for as long as I remember. After all, one might just hand someone the account number and the amount to pay – and they should be able to handle that, but because of receipts and bureaucratic fail-safes, and because… well, because they just digitized a paper process.

And that was the point of the article. I’ve written more than enough about the failure of banks to provide better online payment services for more people, but these two people were stuck on their ability to pay their bills online.

This ground away at me for all of 5 minutes, before they removed themselves from my audience (thank you!). Their minds didn’t stretch that far, stuck in the ice-tray of their own little worlds they were completely cut off from the rest of the world and liked that so much that they wanted to impose their world on everyone else.

We all do it. Oddly enough, though, it has something to do with a software project I’m working on and a bit of the philosophy behind it. When I write about it on KnowProSE.com, the link will appear below.

One thought on “Comm Failure”