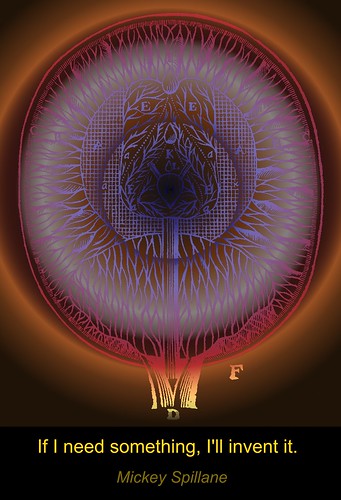 I’ve been thinking about creativity and technical stuff for… well, for most of my life. It was a few decades ago that I made peace with the two in the mind of a son of a poet and engineer.

It’s not complicated, but it continues to be unexplained by so many experts that I won’t bother linking them. And it is a real problem, as even NASA scientists have found.

Creativity is basically not thinking like other people do. Education systems create standardized ways of thinking.

Right there is the answer. Albert Einstein alluded to it frequently, speaking of levels of thinking that solve problems being different than the level that created them, or about imagination, etc.

So, in an education system – in any system – you see creativity in outliers. People who don’t think like everyone else are considered creative even when they themselves may not consider themselves creative.

And that is where things get complicated. If everyone approaches problems the same way, they are measured the same way in education and employment systems (the two are almost the same these days)… are we surprised that creativity diminishes within the systems?

Maybe the cause of that surprise is the education system. After all, people studying the systems are byproducts of the systems and are using the standardized tools to study things in the hope to find how to become… less standard.

This is why we should laugh at the world more.