Throughout my social networks, well intentioned armchair epidemiologists pounce on every tidbit they find related to Covid-19, depositing them in my newsfeed with the same level of pride a cat must feel when it drops a ravaged mouse for it’s owner. Some are recycled, some are not, and if it’s coming out of some countries, the media is so busy with the spin machine that they don’t seem to know at some point laundry needs to get into the dryer to be of use.

The truth is – whether accepted or not – is that we have experts at the World Health Organization and through governmental health agencies all over the world on this and they are doing all they can.

Another truth: We have doctors and nurses and other medically trained staff, even putting their own lives on the line as the work without appropriate protective gear. At great personal expense and risk, they are the front lines doing what they can in the face of a pandemic.

Another truth: A vaccine has to go through trials, which is about a year. So we’re in this now, no vaccine will come out tomorrow. Or today. You can stop looking for updates on that. If a vaccine shows up, it will be experimental, and that comes with risks.

Another truth: Media and social media are rampant with all sorts of things, but unless it comes directly from a legitimate source, such as the World Health Organization, consider it speculation.

Be careful about reading health books. You may die of a misprint.” – Mark Twain

Do what the local authorities tell you to. Wash your hands. Don’t go around sticking things in your mouth. And wait.

Wait for the truths. Otherwise you’re just raising your anxiety and the anxiety of those around you. 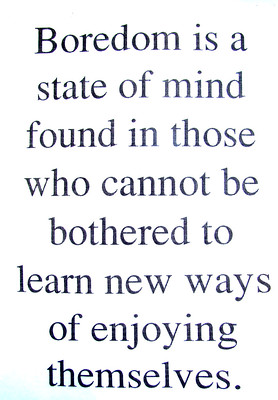 As people get used to this ‘normal’ of being home, and as they run out of things to do and are tired of all the noise related to the pandemic (as opposed to the useful information from WHO and local health authorities)… well, there are things to do. Had this happened before the Internet… well… but it has happened after the Internet, so there’s so much more to do.

It’s amazingly easy to find things to do once you take a break from the social networks. They don’t enrich you. Only you enrich you.

I’ve broken it up into exploration and education… to me these things are not mutually exclusive, but to others…

Maybe you don’t feel like exploring space with NASA and want something more grounded.

Try 500 online museums from around the world, courtesy Google, a stunning display of our world digitized.

You can go further and use Google’s Streetview to see other distant places on the planet, captured by Google’s nosy cameras.

Reading? Try the Gutenburg Project, where you can find all sorts of books that are legally free and yes, are available in e-reader formats.

I’ve been joking about people staring into their kitchens and not knowing what to do with them – which presents the opportunity for exploring recipes. Hit a search engine and see what you can find to cook.

Being a bit of a nerd myself, I sometimes explore Wikipedia and read up on random things as well. I’m that person that uses the ‘random page’ functionality.

If you want to be more direct about it, here’s online courses by a few major institutions:

Networks such as LinkedIn and others have more professional certificates available as well, but those are (of course) at a cost. 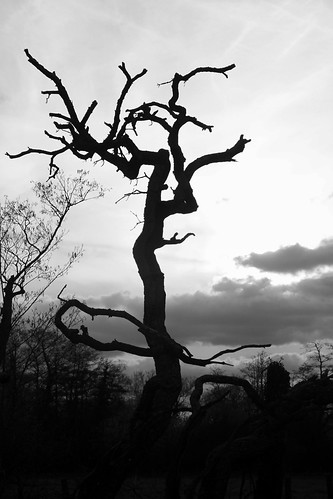 Systems upon conception start off trying to solve one problem. Slowly they grow, being twisted with as the solution to the problem is better understood… and as more problems are added.

We don’t get to see it every day; we only get to see the effects. Software projects probably contain the most dependable examples of this; where the time of twisted trees is counted in decades and even centuries, software projects twist brutally fast.

Those who have worked on them in often only get to see one part of the life cycle. Everyone wants to watch the project germinate, but eventually they become unwieldy trees unless they are kept in check, constantly.

It’s an odd metaphor for society, until you realize how much of society is now built on software, and until you realize everything we do with software is simply the culmination and implementation of all we have done before, all the successes we had seen, all the failures we have not, or refused to, or have chosen to ignore.

One of the marks of maturity is the need for solitude: a city should not merely draw men together in many varied activities, but should permit each person to find, near at hand, moments of seclusion and peace.
– Lewis Mumford, “Planning for the Phases of Life”, The Urban Prospect: Essays (1968)

I’m flying through social media trying to avoid the pandemic as if it were the plague and it seems impossible to do so. It’s a bit frustrating to take a break from the book I’m working on to surface and be drowned in a sea of posts about the same things, invariably a matter of individuals being dependent on systems that they largely don’t control and at the mercy of the hygiene of the next person.

If only we could blame rats.

Being isolated is nothing new for me; it’s a lifestyle choice, a means of getting things done. Right now, though, there are parents at home with their children and parents and children alike suffer one another. Couples who may be used to seeing each other for a limited number of hours a day now find themselves staring at each other.

So, when I’m not working on other things, this site – which admittedly has been dormant for some time – is where I won’t be writing about all of that, simply because the world most certainly doesn’t need more people jabbering away about Covid-19.

I’m not sure what I’ll write about. Feel free to comment and toss topics at me.