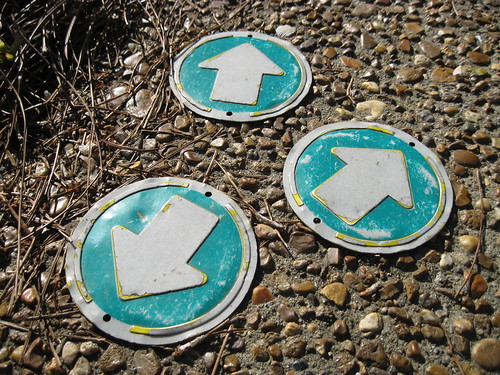 When I was growing up, their were paperbacks where you chose your own adventure. You’d read a few paragraphs and the author would have you make a choice or roll dice to decide which part you would read next. As someone who grew up with much time to myself, I found myself ‘playing’ quite a few of these books and experimenting with things so that I could see the narrative twist.

Games at the time of this writing have become quite good at it.

It’s also what we do with social media. We make choices, decisions, whether consciously or not.

I play with it in what I once termed ‘Deep Writing’, but which I’ll now call ‘Deep Narrative Writing‘ because I think it suits it better and is less confusing than the tag for writing about deep learning (which some nutty people decided needed a tag other than ‘deep learning’).

Everyone limits social media to a degree. It’s impossible to read everything, to consider every perspective, so we progress through our real world adventure by making choices. Some people are idiots, some are annoying, some are people we cannot stand for our own reasons, so we remove them from our networks.

Everyone also feeds their own confirmation bias to a degree as well – we pay attention to some people more than others, and this too is natural because to do anything, we have to decide quickly on how to progress.

The trouble is, invariably, what we ‘like’ is not what we ‘need’. Yet we do choose these (mis)adventures, and hopefully we learn things of value and also things that have no value if we have well developed critical thinking skills and a strong sense of self – a sense of self strong enough to have one’s own opinion that may not allow one to march in stride with the people whose arms are locked and marching down the information superhighway demanding, protesting, or believing what is best described as ‘nutty’.

I’m fairly certain everyone agrees so far on everything written – internalized, it should make some sort of sense. And yet everyone’s experience is different, and invariably, tribes form of like minds who… march down the information superhighway, demanding, protesting, and possibly believing something best described as ‘nutty’.

Somewhere in the not so distant past, whether something was nutty or not was decided by whether it was popular or not, which, if one pauses for just long enough to consider, is something best described as nutty.

Then we take sides and call each other nutty. Examples? Religions and politics are brilliant examples because every side believes that they are right.

Well, of course they are right. It would be unpopular to think otherwise, and therefore, people might describe that as ‘nutty’.

“You’re obviously right in what you think and believe as long as you agree with… me. Us.”, says everyone’s subconscious – the very definition of confirmation bias.

There’s an argument to be made that some of the conscious choices are for most people unconscious choices. By accident of the who, what, where and when of your birth, you may have grown up with a specific religion, grew up with a set of beliefs that shaped your politics, etc. This gets into the nature versus nurture debate to an extent if you drill down, but in the end it doesn’t matter. We all have similar biases.

I wanted something that could hold a monitor 4 feet away from me. The trouble is most desks, including my desk which I do like, are 24 inches or less, which has the monitor too close for my liking with the bigger screen. I considered a wall mount, but I’m not a big fan of drilling into a wall when I may reorganize the space at any time. Shelving might be a good idea, but again – drilling. So, having never even seen a floor mounted television stand, I searched the internet for just that – not a stand with shelves, just a plain old floor mount stand that I could move wherever I wished and adjust as needed (something else to worry about with more permanent solutions)… and there it was on Amazon.com.

Then there are the algorithms across the internet which, because nothing is actually ‘free’ on the Internet, drives advertising revenues for websites (including social networks). So they record some information about you in the infamous cookies that no one has tasted, and they show you advertising based on what you view, as well as what other things on their collection of websites that you might enjoy. The downside of this is that it robs you of new experiences unless you try really hard – consciously – to explore. It’s gotten more difficult.

The social networks, though you have conscious choices of who or what you connect with, do not show you the choices. Facebook newsfeeds, as an example, would simply be unmanageable if you tried to keep up with everyone. So they, being ad-revenue based, guide you based on what you like, what you read, and you end up unconsciously in a cave of your own confirmation bias.

Cave? Yes, eventually, you find yourself walled in within something that Plato himself described in the Allegory of the Cave when the world was significantly simpler. In the age of social media, Cavafy’s “Walls” gains new meaning:

Without consideration, without pity, without shame
they have built great and high walls around me.

And now I sit here and despair.
I think of nothing else: this fate gnaws at my mind;

for I had many things to do outside.
Ah why did I not pay attention when they were building the walls.

But I never heard any noise or sound of builders.
Imperceptibly they shut me from the outside world.

But What Can I Do?

Simply put, be aware of it and be critical of your own media. Where you find walls, you also have the capacity to insert windows and doors in that cavern the world has built for you.

Should you step outside, you may find the world an interesting place.

One thought on “Choose Your Social Media Adventure”