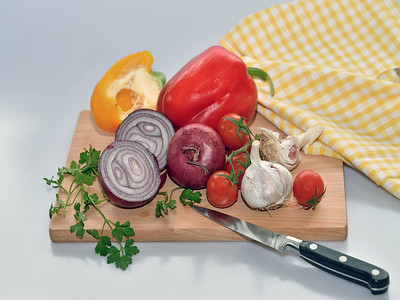 The same applies to social media.

A friend of mine – a smart person, a productive person, a kind person and a busy person – keeps sending me stuff on WhatsApp that I’ve already seen on Facebook. I told him this, and he told me he doesn’t like what he sees on Facebook.

In my opinion, the trouble he has is that he’s too kind to be more selective of his ingredients – he values the relationships more than what he gets out of them. This, as I said, is an opinion and says as much about me as it does about how I see him.

I am relentless in selecting my ingredients. When I’m actually cooking, I choose the ingredients I like (confirmation bias) best, but sometimes I have to make do with what I have.

With social media, I don’t have to make do with what I have. I don’t have to like what is offered to me, I can choose to spend my time toward creating what I like (confirmation bias), but… I can also choose the things I do not agree with that are also palatable to offer contrasts in the overall flavor.

Contrast makes things interesting. So I stand outside of what I like and don’t like and work toward an overall result – which is like cooking. I don’t particularly like onions, as an example, but I do like them in certain ways and so I choose my onions carefully.

So it is with dissenting opinion. No one actually likes dissenting opinion, but if we accept that our opinions are not who we are, and rather that we are the Chefs that use different ideas, trains of thought, and beliefs to come up with our own recipe – our own unique recipe – then we need dissenting opinion. It adds flavor, contrast – and ultimately, without flavor or contrast, the end result is boring.

Thus, when choosing a social media adventure, get some of the dissenting opinion in the mix, as well as the stuff you like.

Everything else? Toss out.

I would have gone with gardening, but weeds are things we fling out when gardening because a weed, by definition, has no value whereas good dissenting opinion does.