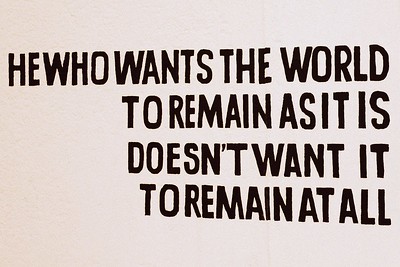 With the pandemic of Covid-19 weaving it’s strains around the world, I had gotten to a level of introversion that I found deeply satisfying. I wrote a lot, published little, and enjoyed the government endorsed need to be by myself.

Then, in Minnesota, something happened. A man who was already restrained died under the weight of police officers, a spark among the fumes of gasoline that has soaked the United States for some time. Every day since then has been rife with disturbing news from my country of birth, the country I served, the country that I swore an Oath of Enlistment to.

And for me, it’s all very complicated because I have spent as much time in the United States as out. In some ways I envy those who have a relatively smaller view of the world deposited through flat screens within the United States, in some ways I am frustrated by them, but I always felt a certain kinship with all but the most ignorant who, sadly, I found I was meeting with increasing frequency. It’s possible it was the same frequency and that my tolerance was decreasing, I cannot know for sure. I never thought to keep statistics.

There’s a side of me that relishes the law and order of the United States, but then, I’ve found too that the law and order seems to run in the face of ethics. The banks that bet on bad mortgages, as an example, were never punished and that is something that I never could comprehend. To me, that seemed unAmerican, but then, it too seemed too American. With well spoken and written friends on either side of the political fences, I found myself negotiating away pieces of myself. I found myself at odds with a professor of African studies in Canada, a long time relationship, because his views left no room for oxygen in the room for me, and I found myself at odds with others in similar fashion.

At heart, I’m what Heinlein coined ‘a rational anarchist’ as Professor de La Paz in, “The Moon Is a Harsh Mistress”:

“A rational anarchist believes that concepts such as ‘state’ and ‘society’ and ‘government’ have no existence save as physically exemplified in the acts of self-responsible individuals. He believes that it is impossible to shift blame, share blame, distribute blame . . . as blame, guilt, responsibility are matters taking place inside human beings singly and nowhere else. But being rational, he knows that not all individuals hold his evaluations, so he tries to live perfectly in an imperfect world . . . aware that his effort will be less than perfect yet undismayed by self-knowledge of self-failure.”

I know that truth is not only relative, it has an expiration date – what is true today is not always true tomorrow from the same vantage and can only remain true tomorrow, forever, if that vantage orbits that truth… and if there were only one truth, that would be enough, but there are uncountable amounts of truths running into each other with the manic dismay of Brownian motion.

So I look at the United States now – there is no excuse for most of what everyone is angry about, but there is explanation here and there. The peaceful protests are for the best, the violent protest a political football that various teams spike as their own or strategically as their opposition.

The looting, I think, is a simple matter of self interest trumping the rules of society. A hungry man will earn bread where he can, beg for it if he must, and steal it if the other two do not suit him.

The means to earn in society, not just the United States, seems to have faltered, the begging comes at a cost, and so society already in disarray has members that go out and take regardless of society’s rules, opportunists operating outside the rules of society only because they cannot afford to change the rules of society to suit them as…for example… banks do.

Yet the underlying issues remain. It has echoed around the world with protests about it, and yet, there is more. There is more because this is a reaction to one part of a failed group of systems, there are others, and I wonder when the others will get similar reactions.