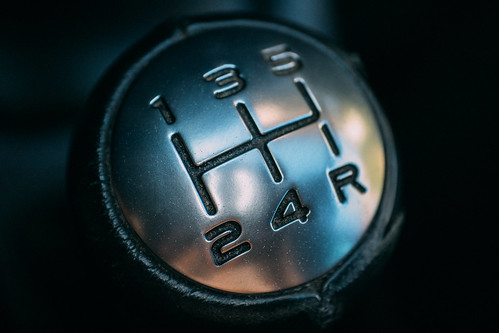 I took a drive this morning up to Maracas Bay, along Trinidad’s North Coast road. It’s easily one of the least forgiving roads in Trinidad and Tobago; in that regard it seems world class. If you make a mistake on the curvy hillside cut road, you can end up sometimes hundreds of meters below.

I’ve driven it for decades, but I’ve always driven with a diesel and stick, and one of my goals was to achieve the ‘no brakes’ usage in a stick (which I have done a few times, with timing and yes, video… somewhere…). Because of the hills, people constantly have their brakes fail during or at the end of their journey, so not using one’s brakes is important.

Without a stick, I was stuck with a double clutch automatic transmission paired with a 1.6l gasoline turbo. I set off, thinking this would be fun and interesting, but it was still dark and it was less fun and interesting given that most of the lights in the darker parts are missing, and the new ‘cat eyes’ at the ‘edge’ of the road disappear around tight corners.

Still, I felt the car, and I made it stay in gear with the manual selector – and choosing which gear was a matter of getting the car into the right gear and going with it. This was a cagey process because of the variances in inclines and curves, so I thought about why it was easier with a stick.

It’s simple, really: A human driver who understands how a transmission works is better than an automatic transmission that is developed for a market with a less varied driving topology. This is a problem that won’t get fixed soon, since it requires what we human drivers call, “knowing the road” from the perspective of a transmission. In short – not gonna happen, not enough financial incentive, the market is too small, the benefits too little for what would be a quantum leap in transmission technology.

Watch, someone will do it soon and prove me a liar. I hope so. That’s not the point though.

So I was considering the points raised by Jordan Hall in this Civium related video:

Now, I’m not expert on Civium, and I only caught a trailer, so I really have no comment on it other than this video had some ideas and thoughts very well expressed – enough so that after I thought through the transmission issue a bit, I saw some interesting parallels.

The explanation of city centralization is done well; ‘All roads lead to Rome’ sort of stuff, which is more than valid, and the idea of minimizing the ‘human foot print’ is also quite valid, particularly to me who came back from a 30 minute stay in Maracas Bay… before anyone got there. I drove an hour each way for those 30 minutes (I could have done it in half the time, but… transmission and road conditions).

Yet between that and where we are is another quantum leap. A leap in which we figure out how to scale geographical economies appropriately across what is needed and therefore valued.

It may already be happening.